AFRIMA Awards 2018 Nominees list  – Nigeria, Simi and Davido, South Africa’s Nasty C and Shekhinnah, Tanzania’s Diamond Platinumz and a hot of many others join AFRIMA Awards’ A list of nominees top contenders. Voting has commenced with 1st of September as the kickoff. To find out more, read on!

The AFRIMA Award scheduled to hold this November in Ghana. This is the fifth year we will be witnessing the prestigious award ceremony, and among its main events will be the Africa Music Business Summit and the AFRIMA Music Village, so expect to see an amazing array of music lovers and live performances from all countries here in Africa.

The Africa Music Business Roundtable will hold at the Ballroom, Eko Hotels & Suites, Victoria Island Lagos and on the same day The AFRIMA Music Village at the Waterfront, Bar Beach, and the main Awards ceremony at the Eko Hotels later that same day.

The renowned African Union Commission, AUC and the official International Jury of the All African Music Awards, AFRIMA has released its comprehensive list of regional and continental categories for the annual awards which it did on the 28th of August 2014 via its website, www.afrima.org. There are 36 AFRIMA awarding categories  and about five regional categories.

The nominee’s list covers the five Regional categories which are divided  into Female and Male categories as follows:

The AFRIMA awards list according to Mr Robert Ekukole,the spokesperson for the International Jury of AFRIMA and the Programme Director, Cameroon TV and Radio, CRTV has said that it was created not by the number of views on YouTube or any other media outlets but based on the quality and top-notch creative expressions of the music produced.

Here below are the list of some of its top contenders and Nigerian artistes  for you to begin your voting at once via its website.

In the second category, Tanzania’s Diamond Platinumz, Ethiopia’s Betty G has received six nominations each while Nigeria’s Simi and Nasty C (South Africa) has both received five nominations on the AFRIMA nominees list.

Simi emerges with five nominations namely; Artiste of the Year, Song Writer of the Year, Best Artiste in African Pop, Album of the Year (for Simisola album released 2018) and Best Female Artiste in Western Africa.

Nasty c has also received nominations for categories of Song of the year, best African Collaboration for his song featuring Nigerian artist, Runtown, Best African Lyricist/Rapper of the Year and Best Male Artiste in Southern Africa.

Many other contenders on this list from Nigeria include:

These are joined by AFRIMA nomination debutantes from Nigeria such as:

As said earlier, public voting has commenced on Saturday September 1, via the AFRIMA website, www.afrima.org, where both regional and continental nominees in the 36 AFRIMA awarding categories will compete for the 23.9 carat gold plated AFRIMA Trophy. Start voting for your favorite artistes now.

Read also Tekno and TECNO – Endorsements in the works? 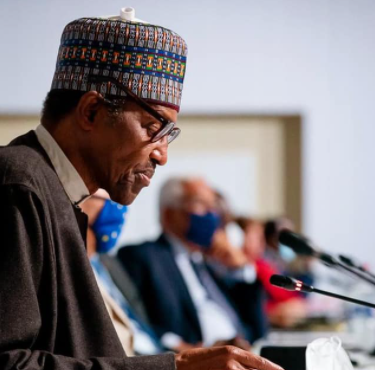