BB Naija 2019 Auditions – This year’s Big Brother Naija Audition was indeed a hit! but there were many hilarious events we saw and would love to share with you.

The Big Brother Naija Season 4 has kicked off in earnest. The BB Naija reality show will be holding this year in Nigeria and already there are speculations about the prize money.

We have also seen the BB Naija Auditions which held on the 1st and 2nd of February 2019. However, there were some events we witnessed in this year’s audition across the states we would like to share with you.

In a desperate act to awe the judges, we saw hair colours of all shades and types on both men and women. We were also graced with varieties of fashionistas, whose wardrobes featured all kinds garbs and even swimming trunks.

The Second day of the auditions was indeed exciting. Despite the crowds, the sun, noise, and neverending heat. Some of us, were challenging enough to pull off wedding proposals!. Yes, we had contestants proposing life and death to each other. This was of course tweeted and retweeted by other participants. However, you might wonder how real this proposal were. Never mind, there were all shams!. Congratulations to these “couples” for trying to lighten the tensions brought about by the events.

We also witnessed the ex-housemates of previous BB Naija shows in the mix. We were welcomed and advised by the likes of Bassey and many others. It is no wonder we all would really like to get into the house and at least feel the money.

As expected, the queues were tremendous. We even witnessed roadblocks in some parts of Lagos. People from all lifestyles, with different faces, clothing materials, bags, jewelries, were all there. We were sure we saw some mentally disturbed people in the mix. But who are we to judge. It was all part of the fun.

We can even rightly saw that the crowds that always turn up for these events are twice the numbers seen in political rallies.

Even as some of us wanted to take a chance at winning the big money, others wanted to make it instantly. There were hawkers of all kinds of trading all kinds of refreshments. And of course, they each reached their business goals. It’s hard not too when you have thousands of customers around you.

If getting into the house is hard work, getting the chance to be given the chance to show yourself is harder. Having over 6,000 Nigerians under the scorching heat, all pushing to get a chance to reach at least the 2nd screening phase was overwhelming. Contestants pushed, shoved and some went home quite “lighter” than they had come. Others went home as though they had visited shopping malls, with all manner of phones and cash. We even witnessed lovers carrying out PDA, although we were quite perplexed how they could do such when we couldn’t even stand one another.

By midday, fashionistas had begun to change their fashion statements. Makeups were coming off, high heels replaced with flats or even the barefoot. We also couldn’t recognize some ladies, because their wigs had miraculously disappeared.

The Scorching heat even made a lot of us forget that our international passports were delicate. We subconsciously converted them into hand fans.

Discussions of varying kinds thrived. Arguments and fights moved from one end to the next. Others played music. Many others chewed off their nails to fight tension. We also built businesses and closed them down in minutes. We are Nigerians after all, built to excel in all circumstances

As seen in previous years, some Nigerians who finally made it inside the arena but were rejected found a way to propagate information that the events were just scams. They told stories and morestories that the organisers had already picked out their contestants. Even as we cannot confirm if these stories were true. They did rather look disturbing because these individuals were trying desperately with dealing with their emotions as well.

In all, 6,000 Nigerians turned up for the auditions in Lagos but only about 200 contestants made it into the arena that first day. It was really sad indeed because these numbers were also witnessed in other states as well.

Well, the Big Brother Naija 2019 organisers did say we should come early. A lot did keep to time, just our versions were slightly higher than stipulated. Some contestants got to the venue as early as 2 AM in a bid to avoid getting lost in the crowd. Well, the early birds did get into the audition grounds, but we can’t say if they scaled beyond that.

Well, this year’s auditions did change a lot of philosophies for us. We witnessed a lot of people become “born-agains” to drive the auditions in their favours spiritually. Others changed their perceptions and decided that they would do anything to win the 5 million naira award money.

Not just the millennials

Did we say, that youths dominated? Well, we did but that wasn’t entirely true. Some grandmas also joined the auditions this year. It goes to say that you are never too old to pursue your dream. Ride on mama!

The BB Naija Show would indeed be a bang. We don’t expect anything less. Stay tuned as we bring you more trending gists about this year’s BB Naija 2019. 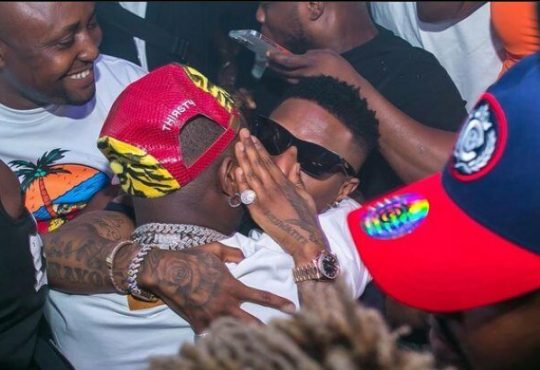