BBNaija Season 3 – Certainly Nigeria’s most anticipated reality TV show, ‘Big Brother Naija’ returns in hours with a bang for its season 3 after weeks of auditions across different regions in Nigeria.

The Show which is unarguably Africa’s biggest reality show returns with a 2hour premiere on Sunday, 28th January, 2018 at 7:00PM Nigerian time after a successful and widely viewed 2nd edition which saw Efe walk out of the house with a whopping 25 million naira star prize.

Efe and other housemates from the second edition had previously gathered for a special reunion show, treating Big Brother fans to nostalgic fun as they argued, joked and revealed what they have been up to.

However, it’s finger crossed as this year’s show promises to be even more interesting with the star prize increased to 45 million naira.

Furthermore, Ebuka Obi Uchendu retuns as Host for this year’s edition after successfully hosting the 2nd edition that got a lot of attention.

Interestingly, Big Brother Naija fans are about to be treated to an extra something light, as M-Net West Africa confirmed that “Romances for upcoming Big Brother Naija Season 3 will be Televised LIVE”, unlike last season which was a bit of crap. Now you get to see everything as it happens.

The show which will last for three months will be aired on DSTV channel 198 and GoTV channel 29.

Daily updates will also be made available here on www.naijmobile.com so with or without your DSTV or GOTV decoder, you won’t miss any update on BBnaija season 3.

Opera has just launched another new mobile browser which is … 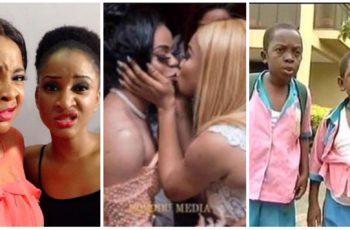 Everybody needs someone they can talk to in times of …