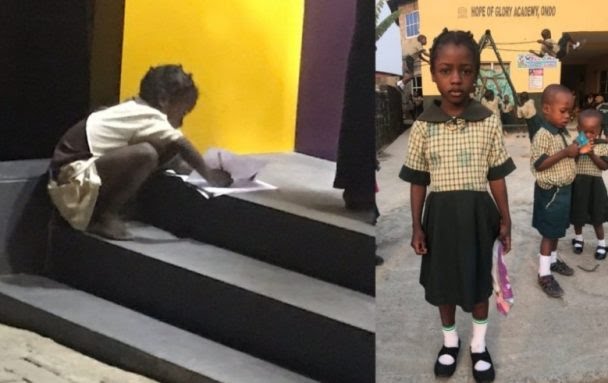 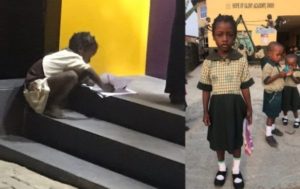 First City Monument Bank (FCMB) has rewarded a young girl by name Dele with a scholarship to university level after she was spotted doing her homework with the bank’s ATM lights along Yaba road in Ondo State.

A few days ago, a Twitter user identified as Bada Maruf Mathew shared a photo of a young girl he met at FCMB, using the light from the Bank’s ATM for her school work.

FCMB got hold of the viral photo and were attracted to the girl because of her act of determination and requested that the little girl should be located.

The bank has finally located the young girl fondly called ‘Little Dele’ and she stays with her grandmother, she attends a private school named ‘Hope of Glory Academy’.

According to Dele, there has not been power in her area for several days and that their hurricane lamp (kerosene lamp) which she normally uses has gone off. That was why she decided to use the ATM light to do her home work since it’s close to her house. 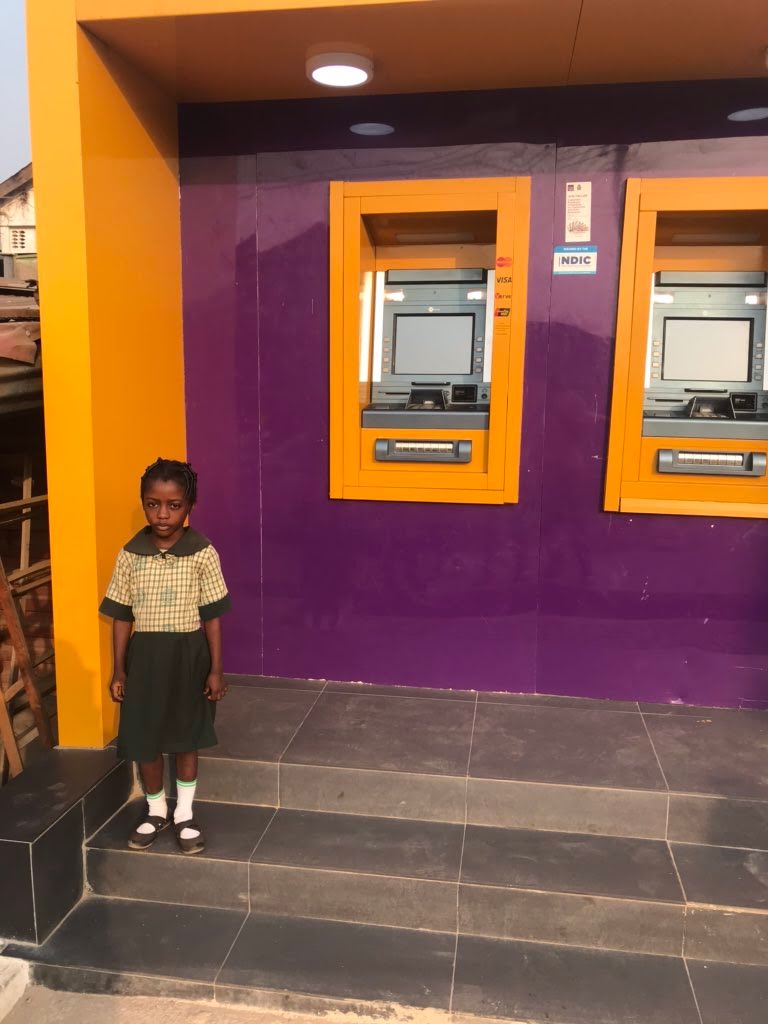 FCMB bank applauded the girl’s determination and commitment to her studies and decided to sponsor her to the university level.

We are pleased to announce the award of full scholarship to Dele, the 7-year old school girl who was recently spotted using lights from the ATM Gallery at our branch in Ondo City to do her homework. The scholarship will cover her education from ..
(1/2)#DeleDetermination #FCMB pic.twitter.com/vymM6fMezI 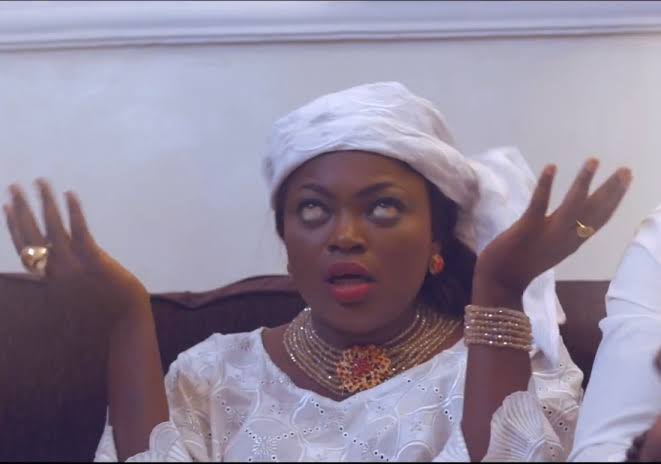