You can’t expect anything less than perfection with the latest Infinix Zero 6 and Zero Pro. Check out the features, specifications and the possible price tag on both incredible Infinix Zero devices.

When you talk about Infinix brand, the first thing that comes to mind is its durability and yes, amazing battery. Well, you can’t expect any less from the Infinix Zero flagships of smartphones especially the yet to be released Zero 6 and Zero. The question on our minds is which of these two devices would we pick?. Both devices promise to be exceptional. And so, in this article, we will explore the various features of the Infinix Zero 6 and Zero 6 Pro smartphones.

The Zero 6 and Zero 6 Pro will follow its predecessors in terms of an all-metal unibody design. However, there will be an impressive upgrade from the previously released Zero 5 and Zero 6 that hit the market last year. Both devices are 6.2 inch with a thickness of 7.7mm which means a much firmer grip. Both devices will be available in Black, Gold and Silver colors only.

The Zero 6 and Zero 6 Pro also comes with the trending top-notch display while the bottom bezel which has previously been a problem is still present but has been largely reduced especially on the Zero 6 Pro.

Infinix Zero 6 and Zero 6 Pro are both incredible devices. Both will feature the Snapdragon 660 chip from Qualcomm with Octa processor and 64 bit CPU, 8-Cores of processor clocking at a speed of 2.2GHz. It also combines the powers of a 14nm technology so we can say the smartphone is out to wow us. The Adreno 512 graphics processor is still available, however. You should equally expect to see 6GB RAM and 128GB massive internal storage which can be easily upgraded to the 256GB in the Zero 6 pro. The Zero 6 will, however, feature a much lower 4GB  RAM and internal memory of 64GB.

Sadly though, the smart devices may not be coming with the latest Operating software, Andriod 9.0 Pie but the fast outgoing Andriod 8.1 Oreo with the XOS 3.0 Hummingbird for extras.

This is, of course, our most loved area in the smart devices. The shooters are really amazing. The Infinix Zero 6 and Zero 6 Pro is expected to come with a dual camera rear setup featuring a 24megaipixels and 12MP primary and secondary lens for both devices. The front camera will be a 20 MP front facing the camera with f/2.2 aperture. Both devices also come with an AI integrated face unlock as well as the fingerprint sensor.

Another disappointing feature would be the battery. Whereas the likes of Camon 11 Pro has been released with 4,000mAh battery, we expect less from Infinix. As stated at its launching, the Infinix Zero 6 and Zero 6 Pro will feature a 3,570mAh and 3,650mAh batter respectively.

Both devices are expected to be released May 2019, so it is expected that some of its features may take a step upwards before the final release. Prices of both devices are speculative at the time but will range between N105, 500 to N166,500.

The Zero 6 and Zero 6 Pro really gets in the eye. They will both be attractive smart devices no doubt. The only difference between both devices lies only in terms of RAM, Internal memory and Battery. Therefore we expect both devices to be somewhat closer in price. 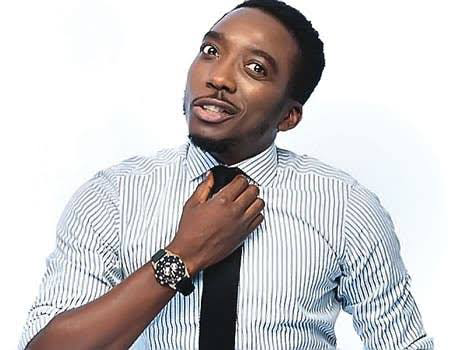