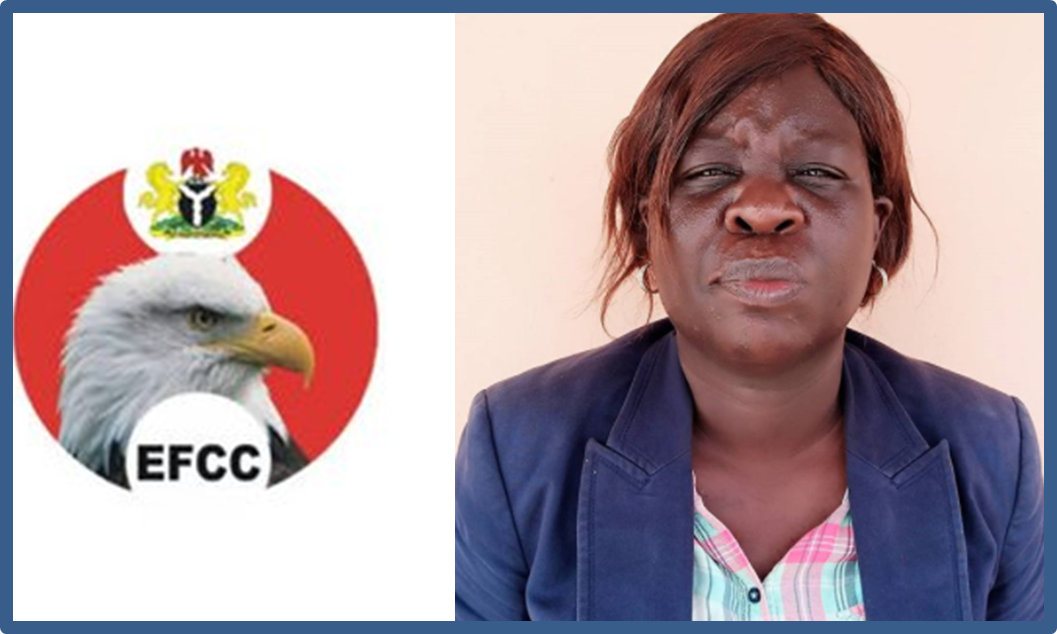 A former staff of First Bank PLC has been sentenced to 98 years in prison for committing N49,320,652.32 fraud against her employers and an additional $368,203.00 belonging to the bank in Oyo state.

The woman, identified as Oreoluwa Adesakin was arraigned at the Ibadan Zonal Office of the Economic and Financial Crimes Commission (EFCC) on 14-count charges. The charges bordered on forgery, stealing, forgery and fradulent accounting.

One of the charges reads,

“That you Oreoluwa Adesakin sometime between the months of May 2013 and November 2013, at Ibadan within the Ibadan Judicial Division, whilst being a staff of First Bank PLC stole the sum of N25,974,116.13 from First Bank PLC MoneyGram Payment Naira Account, the property of First bank PLC.”

She pleaded not guilty to all the charges.

EFCC counsel, Usman Murtala, presented all the vital documents and witnesses before the court as evidence against the convict.

The presiding judge noted that the EFCC had a lot of undisputable evidence against the convict and pronounced Adesakin guilty of all the charges.

She was sentenced to seven years in prison for each of the 14 charges without the option of bail, which will run concurrently. Thus, making it 98 years in prison.

Apart from the jail term, the convict is also to restitute all the money she stole to First Bank, through the EFCC.

According to the EFCC spokesperson, Wilson Uwujaren, Adesakin was initailly arraigned on April 4, 2014, after conducting investigations based on a petition from First Bank on December 18, 2013.

In the petition, First Bank alleged that Adesakin, as its Money Transfer Operator, who was saddled with the responsibility of effecting payments through Western Union Money Transfer and Money Gram platforms, fraudulently manipulated accounting and withdrew N49,320,652.32 and another $368,203.00 for her personal use.

It was also discovered that Adesakin used part of the stolen money to acquire landed properties in different parts of Oyo State.