Home
News
Check out itel A32F Price, Specifications and where to buy in Nigeria

Leading mobile phone manufacturers, itel, has moved closer to its dream of leading the mobile phone industry with its introduction of the itel A32F, a low budget smartphone with an amazing Fingerprint scanning feature.

The phone which operates with Android 8.1 Oreo Go Edition has an attractive metal body and different from what we typically see from the company. The first thing you would notice at the rear is the fingerprint scanner, for easy access to the device.

Furthermore the phone boasts of a 5-inch IPS LCD capacitive touchscreen with Quad-core 1.3GHz MediaTek MT6737. The screen dishes out a 16:9 aspect ratio to users. Even though it isn’t bezel-less, the screen is impressive for its price and is perfect for small screen lovers. There are three physical navigation buttons at the bottom bezel.

While at the top, there’s a selfie camera, front flash and speaker grille. The 5-inch IPS LCD capacitive touchscreen boasts of 640 x 480 pixels in resolution and 195 pixels per inch density. There’s a 2.75D curved glass protecting the screen.

Read also HOW TO TRACE A MISSING OR STOLEN PHONE

In terms of storage, it has 1GB RAM space with 640 MHz memory speed for multitasking of light Go apps already pre-installed. A standard 8GB storage space is available to accommodate your apps, you can upgrade up to 32GB as well. It also has a fair battery life with a 2050mAh removable Li-lon battery. However, the battery does not have a fast charging technology.

There’s also a rear 5MP camera for all your photography needs, it comes with a LED flash as well for night shoots. At the top bezel, there’s a 2MP selfie camera with a front LED flash as well.

The major highlight of the device is the rear fingerprint scanner, which Itel says unlocks the device in 0.2s.

itel A32F Price – The phone which comes in black and gold, is available in leading stores in Nigeria including online stores like Jumia and Konga and will sell for N20,500.

Read also Is Nokia and Blackberry fighting back into Nigeria market the right way?

Expandable by up to 32 GB

Where to buy itel A32F

The astonishing itel A32F has landed safely in all 3CHub stores nationwide.

Purchase itel A32F  in any @3c_hub store and stand a chance of winning; Television, Refrigerator, Microwave oven and itel A32F itself.

Finally, the wait is over!!! 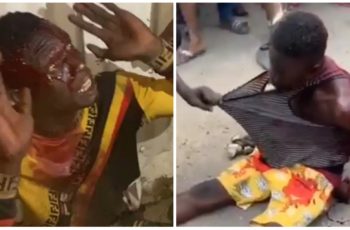 Lagos is currently on a lockdown due to the Covid-19 … 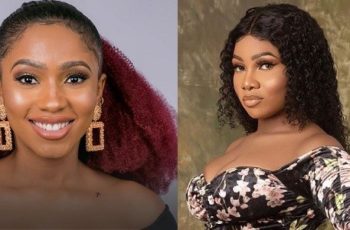 Comedian, Ushbebe during his performance at Akpororo’s show in Lagos …