Home
News
Most Anticipated Collaborations in the Nigerian Music Industry

The Nigerian music industry is richly blessed with talented acts across various genres. Unfortunately, most music lovers have been deprived of the duets they are dying to have, so we have compiled a list of the most anticipated music collaborations in Nigeria:

Wizkid X Davido: This is unarguably the most anticipated collaboration in the Nigerian music scene. These two are the biggest acts in Africa and their fans have waited too long for a duet which is now looking impossible due to the beef going on between the two right now. What we’ve learnt is to never say never, they both have a bright future ahead of them and there’s enough time to set aside their differences in order to satisfy their respective fans.

Tiwa Savage X Yemi Alade: Here’s another collaboration we’ve been dying to have from the queens of African sound. Though there has never been a report of bad blood between both acts but none has ever bothered to initiate talks about a potential record together but we can best believe that when they do, it’s going to shake our music industry.

Read also M.I Abaga – You Rappers Should Fix Up Your Life [Download]

Lil Kesh X Reekado Banks: The headies award debacle which saw Reekado Banks being awarded with the next rated award ahead of Lil Kesh still remains fresh in the minds of many music lovers due to the tirade between their label bosses. It appears that every party has moved on since but we’re still awaiting a collaboration between these promising acts.

Vector X MI: The fact that these foremost Nigerians rappers haven’t collaborated still remains a mystery. M.I also showed a bit of surprise about it during his interview on the loose talk podcast but Vector was quick to react while insinuating that MI has been the one holding back. Things are beginning to get heated up between both of them after the release of MI’s you rappers should fix up your lives but we can only hope that they get in the studio together to do something for the rap culture.

Phyno X Flavour: The fact that the two leading Igbo speaking artistes in the country haven’t jumped on a track still comes as a surprise to many. We know what these two can do on a beat to get their eastern fans singing and their Western fans dancing even when they do not understand their language. 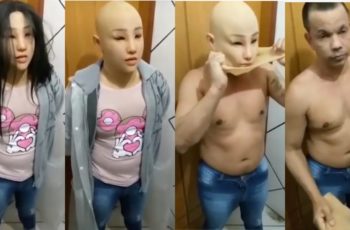