Most watched music videos on YouTube in 2018 – Nigerian musicians, just like their foreign counterparts, have begun to use the Internet as a means of exporting their content to a wider market. One of the major platforms via which they promote their art is through YouTube.

Here is a list of the most viewed music video by a Nigerian artiste, in the year 2018.

Davido’s Assurance is officially the most viewed music video by a Nigerian artiste this year. The beautiful video is a blend of colors and love. “Assurance”, was released as a birthday gift to his girlfriend, Chef Chioma Avril Rowland. “Assurance”, was produced by Speroach Beatz, and the sauce on the song is sure catching and Davido filled in his love infused lyrics on the go.

Mama Africa is on another level of her own, when indigenous female artistes are mentioned. Her songs almost always finds a way to break the internet, and when she released Bum bum, it was more of the same really. Since its release, the video to Bum bum, which was directed by Sesan, has since clocked over sixteen million views on youtube.

“This Is Nigeria” addresses societal issues prevalent in Nigeria, including SARS brutality, codeine abuse, and unrestrained killings in some parts of the country.

The music video for “This Is Nigeria” runs for a total of 3 minutes and forty-two seconds. It was directed and produced by Iyobosa Geezy Rehoboth and Wande Thomas, respectively.

Is there ever a list containing Nigerian artist that OLamide badoo doesn’t make? The Bariga born rapper has proven to all that care to listen that he belongs in the A-list category of artistes in Nigeria. The self-acclaimed voice of the street surely outdid himself with Science student, as the video to the song quickly amassed over 2million views on youtube in just 72 hours of its release.

The street anthem currently has over 10million views on youtube.

Davido makes a second entrance on this list with Flora my Flawa. The DMW boss seems to have mastered the art of making hits after hits. He had earlier released If, Fall, and Fia, and when Flora my Flawa dropped, the game changed. The music video to the song soon became a must watch, and within two days, it had over a million views.

The DMW boss took to his Instagram account to announce that the new single has already 1M+ views within 48 hours of its release. He wrote;

At the moment, the music video sits pretty in fourth place, with over 9.2 million views.

Shaku Shaku proprietor, Okafor Uchenna Victor aka Mr. Real, sprung into limelight with the release of his street song, legbegbe. The song brought the artiste the much wanted street cred and a nomination at the Headies Award, for Best Street-Hop Artiste.

The self-styled mayor of Lagos, teamed up with DMW boss, Davido, and cooked up something special for their teeming fans. The song, which they titled Bobo, was a hit on arrival, stamping the phrase ‘na money be fine bobo’ on the tongues of many.

At the moment, the music video has racked up an impressive 8.1million views on youtube.

Following the success of his collaboration with Wizkid, Portharcourt first son, Duncan Mighty, made the bold move into the Lagos market, doing collaborations with A-list artistes. But wene mighty struck gold again when he got featured on Tiwa Savage’s lova lova track.

The Mavin Records queen and Duncan mighty collaboration was a blend of reggae vibes and R ‘n’ B romance that gave birth to a perfect love song.

And when the video to the song dropped, 7.5million plus Nigerians stood on a queue to see art.

Baba nla takes up the last spot on this list with the trending hit song, Fever. The much talked about song has led to arguments and counter arguments, following the adult rated contents in the video. Many of their fans are torn on whether or not their favorite musicians are in a relationship with one another. Although they both have come out to publicly state that they do not have anything sexual going on- with Tiwa even saying that Wizkid is her ‘best friend’- the music video to Fever seems to be saying otherwise.

Are Wizkid and Tiwa in a relationship, rush over to youtube and draw your own conclusions for yourself.

Triple MG artist, Tekno Miles took to his Instagram to … 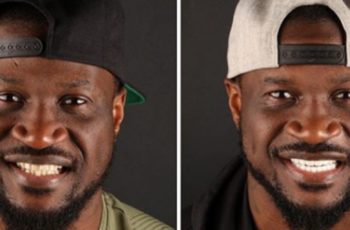 Peter Okoye underwent a teeth fixing and whitening process and …