Nigeria Decides 2019: It has been about two and half years since the President Muhammad Buhari administration was sworn in to pilot the affairs of the Nigerian state. Although they’ve recorded success in different areas, it appears that the administration which rode on a lot of goodwill has failed to meet up with the expectations of the average Nigerian which has prompted the conversation about what to expect in 2019.

Although we are operating a multi-party system in Nigeria, the mantle of leadership will be vested on either the All Progressives Congress (APC) or the People’s Democratic Party (PDP)

Here is what to Expect from both parties

The APC was formed as a result of the merger between ACN, CPC And ANPP which enabled them seized power from the PDP in 2015 but not much can be said about the unity of the party as it has several times raised questions on whether the party is only an alliance of forces who were desperate to seize presidential power. There’s still the existence of factions within the party and come 2019 we may witness the defection of aggrieved party giants who will let their individual aspirations get the better of them. This largely depends on whether President Muhammad Buhari decides to seek a second term ticket with Atiku Abubakar already positing himself to aspire for the presidency. The true state of affairs will fully reveal itself when they hold their National Convention in 2018.

After losing the seat they’ve held for 16 years in 2015, the PDP lost its soul and has failed woefully as an opposition party with different scandals rocking the party. With the court declaration of Makarfi as the bonafide chairman of the party, the gory days of the PDP might well be over but this largely depends on what happens during their National Convention on December 9 when the party delegates will elect a National Chairman to steer the affairs of the party.

The zoning of the National Chairmanship position to the South West and Presidency to the North might see the PDP take back power in 2019 if this strategy is well deployed and should the APC fail to come from a united front.

With a National Chairman from the South West, they need someone who has a stronghold in the region who can rally his base to vote for their Nothern Presidential candidate who can split the Northern votes between himself and President Muhammad Buhari should he decide to run for second term. The deciding factor will now be left to the South East and South South who are the most aggrieved regions in this administration, so for the polls to swing in the favor of the PDP, they need a Vice Presidential candidate with a stronghold in the South East.

We can only hope for the best 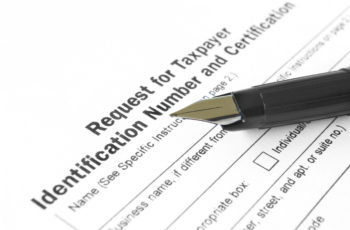 It is no longer news that President, Muhammadu Buhari, has …