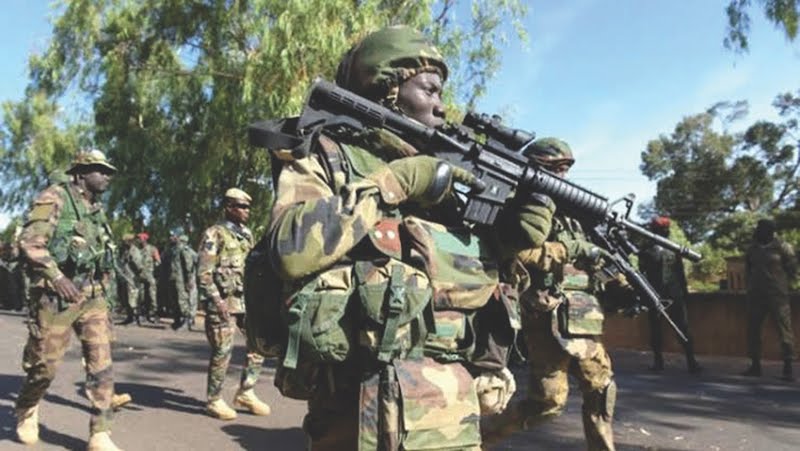 Somewhere in the night while you are sleeping in your comfy bed the Nigeria Army are awake. They don’t care that they are tired. That their hardened bodies are sleep deprived. They are unbroken and vigilant in their tasks. 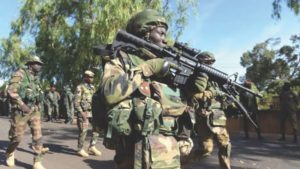 The Nigeria Army is one of the main factors that allow Nigeria to be a free and democratic country. The Army defends, protects, and honors Nigeria.

In this post, we will be discussing about the Nigeria Army ranks,  symbols and salary in 2020. Military rank in Nigeria is more than just who salutes whom. In Nigeria, Military rank is a badge of leadership. Responsibility for personnel, equipment and mission grows with each advancement. 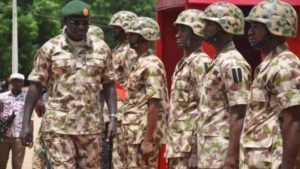 The Nigerian Army has a well-defined rank system, in which every position has its own status, responsibilities, and symbols.

Below are the ranks of officers and men of the Nigerian Army in ascending order of seniority beginning from the non-commissioned (NCO) ranks.

A recruit is just known as a fresher in the military, being a recruit makes you a newbie as you still have a lot to learn. This rank has no symbol.

Private are known to be soldiers that can just be commanded, but they have gathered some level of experience. Just like the recruit, Private has no symbol.

This is the first rank in Nigeria army that has a symbol. The symbol is similar to that of a broken spear. A Lance Corporal is known as a very experienced and astute fighter who is capable of organizing and leading troops to battle.

Coming next in the ranking is Corporal. Corporals bear two (2) shoulder marks and are responsible for organizing troops. You can identify a corporal by the double V badge on his Uniform. 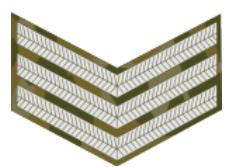 This is the rank of a junior non-commissioned officer. Sergeants bear three (3) shoulder marks. 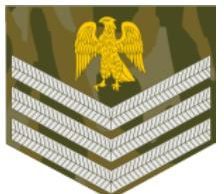 This position is directly above the Sergeant and is for a senior non-commissioned rank of the Nigerian Army. Staff Sergeants bear three (3) shoulder marks as well as a golden eagle on top. 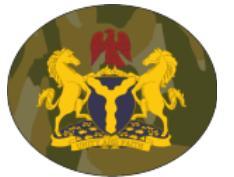 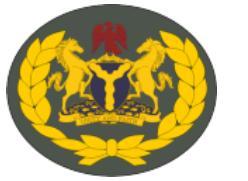 Master Warrant Officers that have this rank are in charge of military equipment, and their symbol is the Nigerian Coat Of Arms. Here, the horses are silver, while the rest is golden. This rank concludes the non-commissioned level. 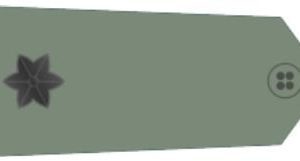 The 1st rank from the officer hierarchy is the Second Lieutenant, and the term, “lieutenant”, means “substitute”. Lieutenants bear one (1) silver star on each of their shoulders, with the word, “star”, meaning a six-pointed star.

First Lieutenants bear two (2) vertically aligned silver stars on their shoulders and are deputies of the Captain.

The captain is the highest rank among the tactical troop organization. These officers have three (3) vertically aligned silver stars on their shoulders.

The Major represents the lowest field officer rank in the Nigerian Army. Such officers bear a silver eagle on each shoulder. 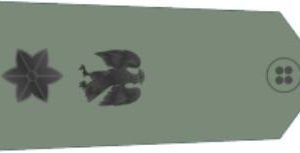 This is the next rank and is a mid-level rank among the field officers. They have a vertically aligned silver star as well as a silver eagle on each shoulder. Lieutenant Colonels are deputies to the Colonel.

Colonels are officers at the top of the field officer hierarchy. They are also at the bottom of the commissioned officer hierarchy and are responsible for the regiments. Such officers bear two (2) silver stars as well as a silver eagle (all vertically aligned) on each shoulder.

They are in charge of commanding brigades and bear three (3) silver stars, forming a triangle with a silver eagle on top. The arrangement is on the two shoulders. 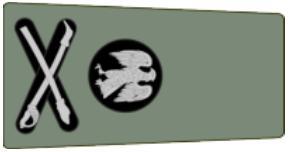 This is the next mid-level commissioned officer rank. They have a golden emblem of the crossed sword as well as a baton below a golden eagle on each shoulder.

The Lieutenant General is the third-highest rank in the Nigerian Army. They are officers with the vertically aligned emblem of the crossed sword and baton, a star as well as an eagle, all in gold and on the two shoulders. 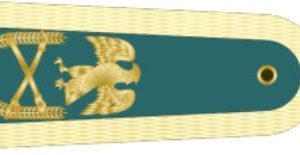 This is the second-highest rank and is practically the highest rank in the Nigerian Army. The General bears vertically aligned crossed sword & baton, two stars as well as the eagle, all in gold and on the two shoulders. 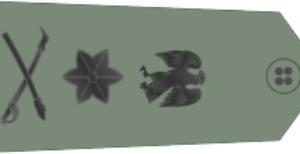 This is the highest rank Nigerian Army The rank of an Army Field Marshall is unattainable rank nobody has claimed it so far. Why? According to sources, anyone who attains this rank may be able to do whatever he or she likes.

For this reason, the General’s currently the highest rank in the Nigerian Army. Army Field Marshal bears an emblem of the crossed sword & baton, which is surrounded by two (2) branches as well as with an eagle on top, all in gold and on the two shoulders.

Salary Structure of the Nigerian Army (2020)

To wrap things up,  let’s take a look at the salary structure of the Nigerian Army in 2020. Before we begin,  it is important to note that a Nigerian soldier is being paid according to his or her rank and years of service.

Salary structure for non-commissioned officers in the Nigerian army after the increase in the minimum wage: 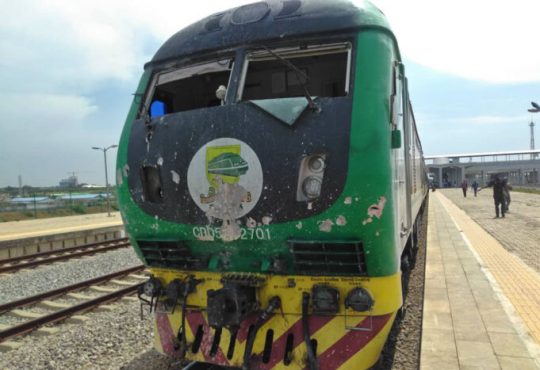