HomeFeaturedOvaioza investment: How It Operated and The Strategies She Used In Scamming Millions Of Naira From Nigerians
FeaturedNews 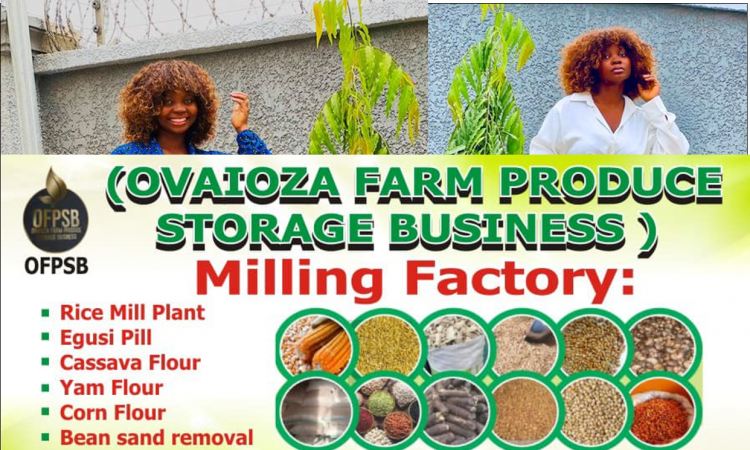 Ovaioza investment– For some days now, Ovaioza has been trending on Nigeria’s social media. Who was she, and what was the point of her investment? How did you manage to fool so many people? Let us analyze.

“Once bitten, twice shy”….that proverbs simply means that a person who has failed or been hurt when trying to do something is careful or fearful about doing it again. However, when it comes to Nigerians it doesn’t apply.

5 years after the popular Ponzi scheme, Mavrodi Mundial Moneybox (MMM) crashed in Nigeria dashing the hope of over three million Nigerians, Ponzi Scheme has been floating in Nigeria like a sheep in wolves clothing looking for who to devour.

It is no longer news that the FCT Police Command arrested renowned agric entrepreneur, Ovaioza Yunusa, on charges that she scammed investors out of hundreds of millions of naira.

According to several media reports, Ovaioza was arrested in connection with suspicions of “criminal breach of trust and cheating.” She is now being held by police and will be transferred to the State Police Command on Tuesday.

Yunusa ran an agric food storage business in Nigeria under the name Ovaioza Farm Produce Storage Business till her imprisonment (OFPSB). So, what was the idea of the Ovaioza investment? This and other issues will be covered in this article.

Ovaioza attended the College of Arabic and Islamic Studies in Okene, Kogi State, before moving on to the Nassarwa State School of Nursing and Midwifery.

Ovaioza continued her study at Bayero University in Kano State, where she earned a Bachelor of Science in Biology Education.

Ovaioza rose to prominence as the creator and proprietor of the Ovaioza Farm Produce Storage Business (OFPB) and the Ovaioza Skills Acquisition Center (OSAC).

Ovaioza investment: How It Operated and The Strategies She Used

The Ovaioza investment involved people purchasing, conserving, and reselling nonperishable farm food. Ovaioza would keep 20% of the profits, while the investor would keep the remaining 80%.

Aside from the investment, there was also a patenership in which people joined up with Ovaioza to acquire and sell farm produce without having to keep it, and she would take only 10% while investors would take 90%.

The company apparently hit the rocks in March 2022 when she was accused of mismanaging investors’ finances, resulting in her inability to pay investors a return on their investments.

In a Facebook post on Saturday, she admitted that the business was in a crisis but assured investors that their monies would be paid.

Like all Ponzi scheme, the investment and partnership were all going rosy at the earlier stages until it went haywire.

In a Facebook post on Saturday, she admitted that the company was in trouble, but she guaranteed investors that their money would be returned.

The investment and partnership were all going great in the early stages, as with any Ponzi scheme, until everything went haywire.

In a Facebook post on Saturday, she conceded that the company was in trouble, but she guaranteed investors that their money would be returned. However, it was a empty promise.

It was alleged that she managed to deceive investors who demanded returns that had stopped since last year. She was also accused of sending investors fake payment alerts.

Ovaioza was allegedly planning to flee the country with her husband, David, when she was arrested in Abuja by authorities.

Ovaioza handed out high returns ‘as promised’ in the early days of Ovaioza Investment to develop trust with early investors and entice new investors. People were suspicious and cried out when the supply of new investors gradually stopped flowing and she was unable to pay out rewards.

When it comes to investing, it is best to proceed with caution and keep an eye out for warning indications.

The promise of an abnormally large investment return is the most clear sign of any investment dirty tricks.

Another warning sign to be on the lookout for is the pressure to act right now. Ovaioza established a false sense of urgency by convincing the investors that her offers was only available for a limited period.

It’s one thing to be wise; it’s quite another to know when to use your wisdom. Nigerians are wise, but only a few of them know when to use their wisdom. Many intelligent people are sometimes lured by quick money and unfulfilled promises from Ponzi Schemes and are now regretting their decision since they did not use wisdom.

Money is good; good investment is fruitful; but wisdom is profitable to direct.