Headies 2018 Preview – Saturday 5th of May marked the 12th edition of one of the most prestigious award ceremony in Nigeria, The Headies 2018 which held at the Eko Hotels and Suites in Victoria Island, Lagos State. It was more glorious than all the preceding ones and highlighted a lot of A list artist. While some came to perform, others came to receive awards, while others came to have a nice time.

The event started quite late, around 9pm, against the 6pm that was announced. Just before the event started, Seyi Shay trended because of her outfit which some felt was too bogus.

Various choreography was done by various dance groups and they really thrilled the audience. Immediately the event was declared open, and introductory choreography dance was done, no time was wasted. Various categories were called and different distinguished individuals were called upon to present awards to winners.

As usual, there were surprises when several award categories were called and some was well deserved. While some artists smiled home with multiple awards (Simi, Wizkid, Davido), some artists didn’t get any.

Simi was the luckiest of the night as she was shortlisted with many more A list artiste in the categories she eventually won. Part of surprise of the night was the fact that A list artist like Adekunle Gold, Falz, Phyno and even Olamide didn’t get any award. Although there was a rumor that this was due to Olamide’s beef with the organizers that he didn’t get any award.

Davido’s prodigy, Mayorkun did his mentor proud when he picked up the most sought-after award, the Next Rated ahead of the likes of Maleek Berry and Johnny Drille.

One category however sparked online controversy, and that was the Best Alternative Song category which was picked up by Aramide. Just after she was called to collect the award, Comedian Ebiye posted on his Snap that Aramide probably f**ked her way to get the award. The post received a lot of backlash and criticism from both the female and male twitter community. He later went on to apologize that it was just a joke, but that still didn’t spare him.

Davido was referred to as the “Man of the Match” as he picked up key and strategic awards ahead of Wizkid like the Artiste of the year and Song of the Year awards. He also made the best speech when he was called to collect his award. He ended his speech with the words “We rise by lifting others”.

Overall, the 2018 went down without any major drama at the event. 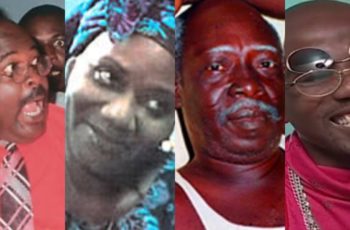 From Papa Ajasco to miss pepeye, let’s take a trip … 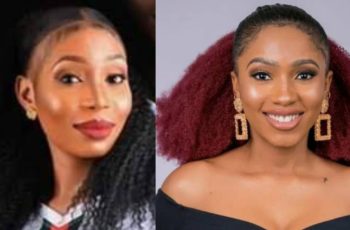 Have you ever met someone who looks a lot like …