HomeEntertainmentE Choke! 6 Mind-blowing Things Davido Has Achieved In His 10 Years In The Music Industry
EntertainmentFeatured 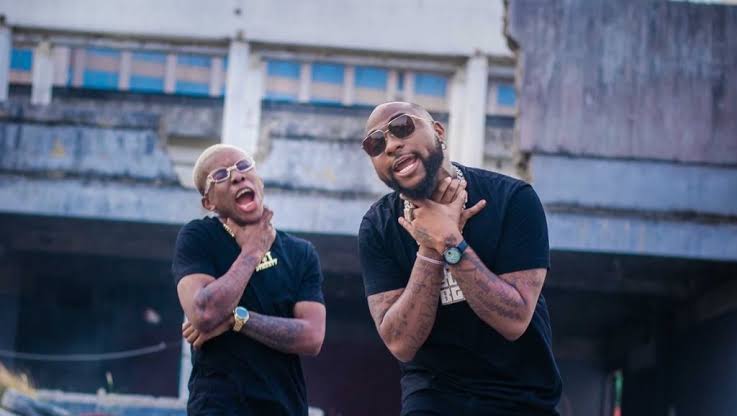 Davido Achivements- Nigerian singer, Davido Adedeji Adeleke popularly known as Davido or OBO since his arrival into the music industry has been one of the most successful and internationally recognized artist in Africa with lots of records and awards to show for it.

Few days ago, Davido and his fans celebrated his 10th years in the music industry and truth be told, Davido deserves all the accolades he gets. Before Davido’s fame and success in music, he faced a hurdle with his father after he dropped out of school to start making music in 2011. His first single was titled “Back When” featuring Naeto C back in 2011 and in 2012, he gained popularity and wider audience after he released “Family Duro”, the second single from his album “Omo Baba Olowo” in 2012 and also won the next rated award from “The Headies” that same year. Since then, Davido has been making hit song back to back each year and made lots of success from his music career.

Below are some of the big things Davido has achieved from his 10 years of making music.

Warning; If you are an hater, these achievements fit choke you!

1. Social Media Record:- Davido has set the record of the most followed African musician on instagram with 20.1 million followers. No there musician has more followers on Instagram than him. 2. Best Seller: Davido’s hit song “Fall” which he released years ago has sold over 1.5 million units worldwide. According to reports, it is the highest selling afrobeats song of all time. 3 . Platinum Award: Davido’s album “A Good Time” has been certified Platinum by RIAA. According to the Recording Industry Association Of America, when an artiste earns a gold and platinum award, he/she joins the ranks of an elite group of beloved musicians 5. Another RIAA Gold: Davido’s hit single, if is also a certified gold by RIAA. 6. O2 Arena: 2 Years ago, Davido became the youngest African artist to host a show at the O2 Arena selling out all tickets. If you enjoy reading this article, you will also enjoy: 4 things Wizkid has achieved that Davido may never achieve