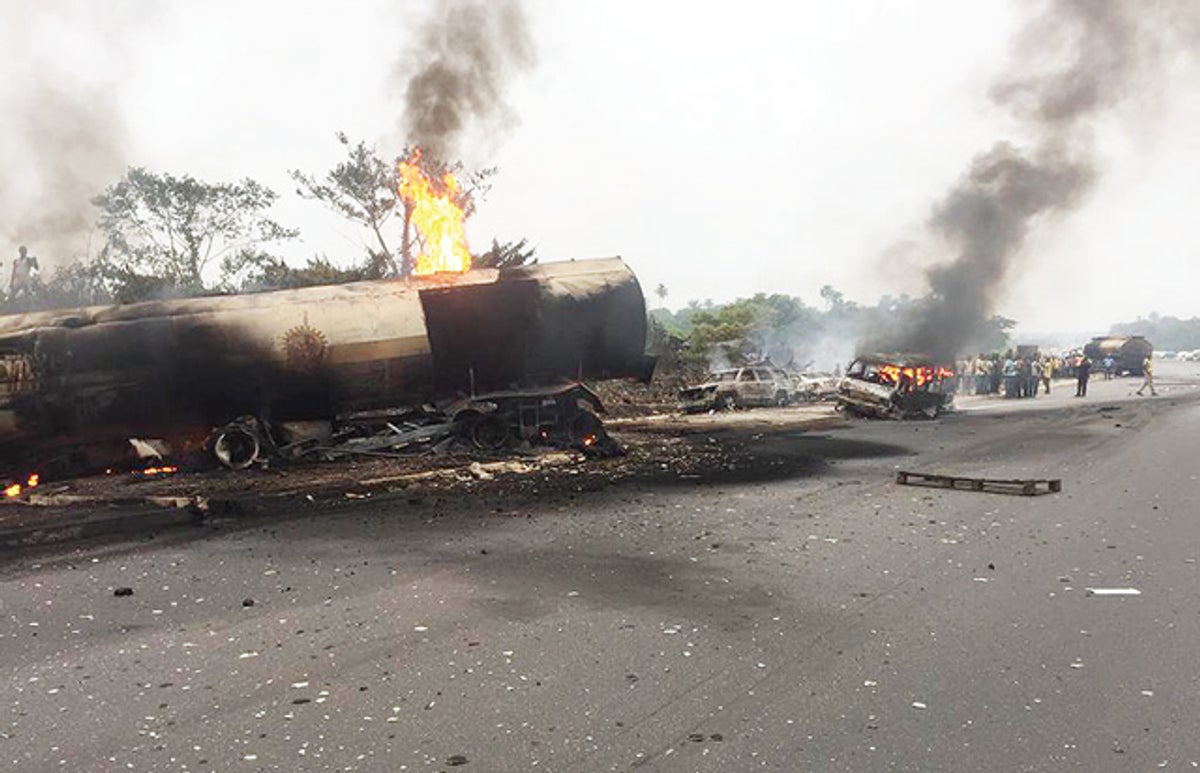 Scene of the accident

According to Premium Times, no fewer than 18 people reportedly lost their lives in a road accident which occurred on Saturday on Akure-Owo Expressway at Oba Ile town in Akure North Local Government Area of Ondo State.   It was gathered that the terrible accident, which was said to have occurred around 3:30 a.m on Saturday, involved an 18-passenger bus with a registered number; YLA25XU and a truck with the registration number; GG873XM