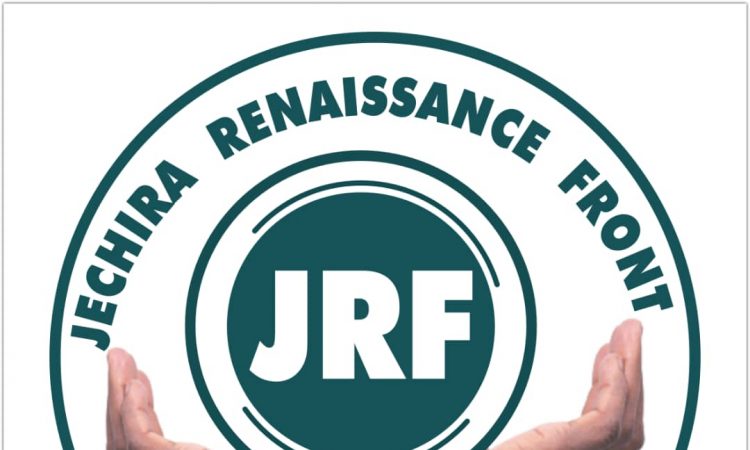 The ruling Peoples Democratic Party (PDP) in Benue State in its wisdom and spirit of fairness as enunciated in the age-long Tiv concept of Ya-Na-Angbian, has zoned its gubernatorial ticket to Jechira Constituency. Jechira is not just a Federal Constituency, it is an intermediate block in Tiv traditional and administrative structure, which comprises of Vandeikya and Konshisha Local Government Areas. While the Kunav clan exclusively inhabits the undulating, serene Vandeikya landscape, the Gaav and Shangev-Tiev occupy the citrus-rich lands of Konshisha.

The industrious, fair-minded, just and loving people of Jechira have contributed immensely to the emancipation and evolution of the Tiv nation as a modern, republican entity. It is no longer news, especially, to history enthusiasts, that prominent Tiv sons who overthrown the colonialists thougtless agenda of imposing an Islamist Chief on the Tiv nation were mostly from Jechira. The very first Tor Tiv, His Royal Highness, the Late Orchivirigh Makir Zakpe, who was Kunav, led the struggle to emancipate his people and he was justly rewarded. Some of his lieutenants, like the late Gyuse Doki, was also Kunav. And it was during the installation of this Tiv Hero as the first Tor Tiv that the concept of Ya-Na-Angbian was instituted and since then it has become deeply embedded in the Tiv cultural and political psyche as an instrument of dispensing positions and entrenching love and unity among the intermediate blocks of Kwande (Kwande/Ushongu LGAs), Jemgbagh (Gboko/Tarka/Buruku), Sankera(Katsina-Ala/Ukum/Logo) MINDA(Makurdi, Guma/Gwer/Gwer-West) and of course, Jechira.

Just as the concept has proved expedient in the cultural and traditional realm, since Benue State was created in 1976, and the abridged second republic was birthed in 1979, the Ya-Na-Angbian concept has come in handy as a democratisation tool.

Let’s peer down memory lane and see how it has been deployed over the course of the democratic dispensations to ensure every Tiv block takes a shot at the governorship.

In 1979, when the National Party of Nigeria (NPN) conducted its primaries for the state’s guber candidate, Hon. Isaac Shaahu, a worthy son of Jechira from Gaav, who had served his party diligently, was a leading aspirant but the party leader then, Dr. J.S Tarka, conceded the ticket to the eventual winner of the election, Mr. Apollos Aper Aku, from Kwande. Then, the Jechira people did not resort to throwing infantile tantrums and imbecilic blackmail of leaving the party like the Kwande people are doing now that the PDP has zoned the guber ticket to Jechira. Even though the Jechira then had in their ranks one of the biggest financiers of the NPN, in the person of the business tycoon, the late Jerome Tilley Gyado, they remained calm and supported Aku and the party. Eventually, Shaahu, and indeed, Jechira, was compensated with a ministerial slot. This should serve to remind our Kwande brothers that democracy, even the Nigerian version with all its flaws, is not a winner-takes-all affair.

The iconic Aku left indelible landmarks on the political space of the state that up till date are unmatched by any Governor. This feat was achieves because he had the support of all Tiv blocks. The only opposition he had was from his very own brother, the respected Chief Paul Unongu. Though Aku’s second tenure was truncated by the General Muhammadu Buhari military junta in December 1983 his projects and programmes were substantially implemented.

When the Military President, Gen. Ibrahim Babangida midwifed another political dispensation in 1991 to 1993, which predictably, ended in a fiasco, Rev. Fr. Adasu picked the ticket on the platform of Social Democratic Party (SDP) while the late legal luminary, Prof. Ayua Yeke, flew the National Republican Convention (NRC) flag. They were all from Jechira, and Konshisha. Adasu won the guber election and short-lived tenure consolidated on Aku’s achievements. One of his flagship projects is the Benue State University.

Adasu’ s stint lasted from January 1992 to November 1993. He didn’t complete even a single term was in the case of Aku.

When Chief George Akume won the governorship in 1999 at the dawn of the reintroduction of democracy, Jechira were in the thick of things, ensuring that once again, the Ya-Na-Angbian instrument is used to serve justice to Jemgbagh. Chief Barnabas Gemade was the PDP juggernaut in the state and he could have selfishly, corned the ticket to his area but he didn’t because Jechira sons and daughters have always believed in sacrifice for the enthronement of justice, equity and fairness in the much politically deprived Tiv land. Chief Gemande even relinquished the role of godfather of Governor Akume to Dr. Iorchia Ayu, the incumbent National Chairman of the PDP.

In 2007 and 2015 respectively, the Jechira people supported and sacrificed for the implementation of the Ya-Na-Angbian concept. Thus Sen. Gabriel Suswam and Governor Samuel Ortom from Sankera and MINDA emerged chief executives of the state in the succeeding dispensations.

Now, Governor Ortom,who is at the twilight of his administration, together with other kingmakers in the state, rightly feel Jechira’s sacrifices to the advancement of party politics in the land deserve being rewarded with the top job, Kwande who have had their fair share in Aku, have raised up, clothed in full armour of blackmail and mudslinging, to not only influence the discardment of the indispensable Ya-Na-Angbian concept but to also exclude their closest brothers from enjoying the pecks of the number one job in the state.

Our dear Kwande brothers and sisters who are laying claim to the guber ticket on the basis that the slot has gone round and it should revert to them, should know that Jechira are not intimidated by anybody as the block boasts of credible candidates who have distinguished themselves in all fields of human endeavour. Jechira candidates are not lightweight and are well disposed to going neck to neck and shoulder to shoulder with any contestant from any part of the state but for the sake of justice, equity and fairness, they deserve the position zoned to them.
The travesty of justice which the Kwande block is hell-bent on wrecking on their fellow brothers and sisters will certainly boomerang with catastrophic consequences for the entire Tiv nation.

Firstly, when and if the Jechira, particularly, Vandeikya people are denied the privilege which every other Tiv block has enjoyed, it will amount to betrayal and exclusion.

Secondly, it will distort and disrupt the Tiv worldview, in which the just, patient and hard-working people are always rewarded and given their fair share of hunting spoils.

So now, everybody who has any sense of justice and who cherishes fairness will support the Kunav cause to produce the Governor come 2023. In all fairness, no sensible person can disregard the fact that Adasu’s one-year-ten months tenure was just a flash in the pan. So Jechira deserves compensation, not just to complete what Adasu’ started, but to reward their patience and sacrifices. Let the efforts of our leaders past (Zakpe and Doki) not be forgotten.

And for our dear Kwande kith and kin, let them not forget in haste how we refused to join hands annihilate them when there was politically instigated mayhem in their land in 2003; because we have always believed in oneness and love for our neighbours. 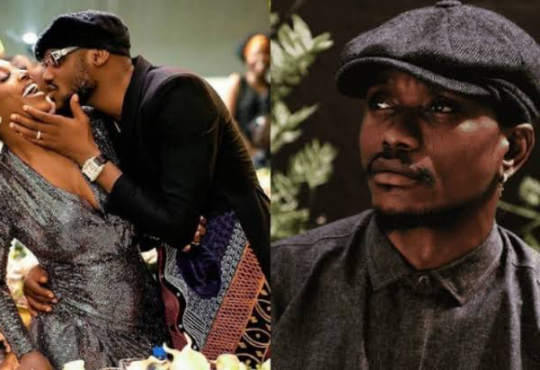