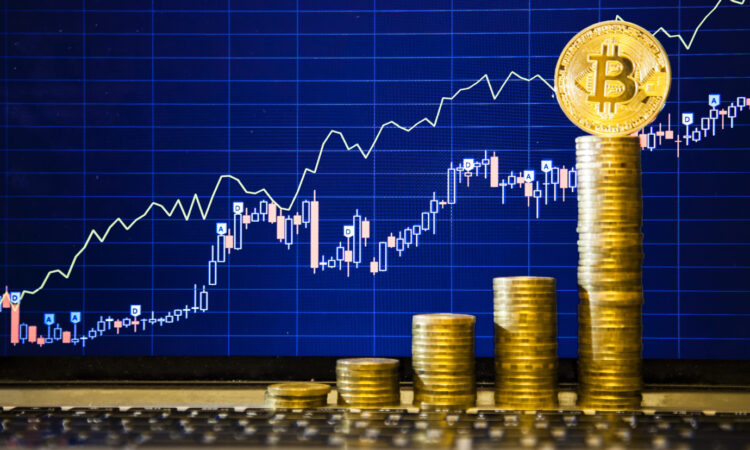 Bitcoin hit a new record high on Friday and surpassed $1 trillion in market capitalization, while European and US equities also pushed higher.

The digital unit zoomed to another record at $54,182, meaning that the combined value of all bitcoin now stands at $1.002 trillion according to data provider Coinmarketcap.com.

Oil prices sank meanwhile, as some companies began slowly restarting operations in the US producer state of Texas, where refineries have been hammered by a cold snap.

Meanwhile, data showed that the eurozone’s economy is being hit hard by a new wave of lockdowns but the damage will be less severe than last year’s virus-induced crash.

The closely watched PMI index compiled by IHS Markit rose to 48.1 points in February from 47.8 points in January, closer to the 50-point level which would have indicated growth.

However, businesses also expressed confidence that vaccinations would allow economic activity to rebound in the coming months, IHS Markit added.

Markets shrugged off the data because a recession was already expected owing to Covid-19 restrictions, according to CMC Markets analyst David Madden.

“The eurozone (economy) contracted by 0.7 percent in the fourth quarter — and the first quarter is expected to be even worse on account of (coronavirus) restrictions, so a recession is priced in,” Madden told AFP.

“At the moment — if things do not get any worse — that is seen as a positive.”

“The PMIs made for interesting reading (but) Germany’s manufacturing sector is powering ahead — with the fastest expansion rate in three years,” Madden noted.