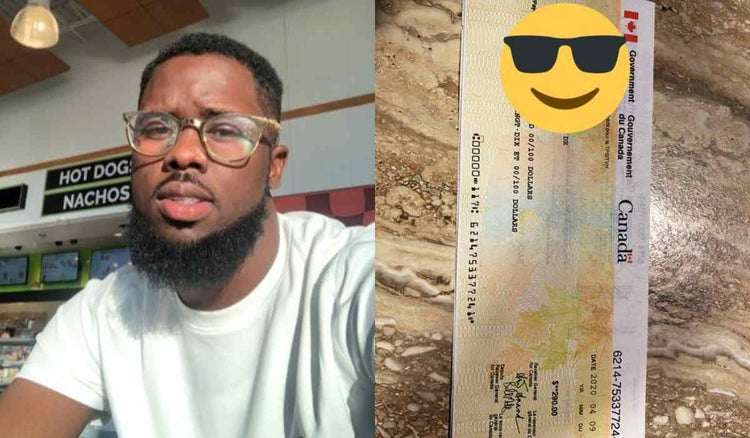 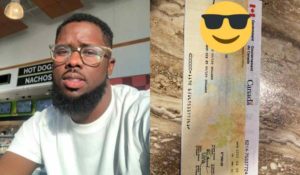 A Nigerian man has showered praises on the Canadaian government as he revealed that he received a deposit of N775, 860, a few days ago and also got another cheque of N112, 499, some days later as support during the Coronavirus pandemic.

The Nigerian man took to his Twitter account, @ChuksJaphet to show off the amount of money he received from the Canadian government even though he is not a citizen of Canada

He stated that the Nigerian government told foreigners that they would bear their travel costs. Japhet added that home is not where a person is born. He revealed that it is where the leaders care about the person.

Few days ago, we received a deposit of $2,000 from d Govt of Can Flag of Canada , today we got another cheque of $290 as support. Meanwhile, all Nigerian Govt could say was come back home and I will bear d flight cost. Home ain’t where u were born. Home is where d leaders care abt u Red heartFlag of Canada✊

I mean, I am a Nigerian and not a Canadian to start with, my own Goverment never asked how I was faring at this bad time but rather asked me if I want to come back home, and I would have to pay for the fare. Tell me why I shouldn’t call them out ? Some1 else is doing their job

I stated this before that one of the biggest problem in Nigeria remains your fellow Nigerians especially the ones that are oppressed by the Goverment or that benefits a little token from looters. They will rather fight their brother than fight their oppressors. The light is far. – @ChuksJaphet

If u are very happy that your Government can’t support you in the time of crises and need, very fine then. Goodluck to you and your children ✊ – @ChuksJaphet

Few days ago, we received a deposit of $2,000 from d Govt of Can 🇨🇦 , today we got another cheque of $290 as support. Meanwhile, all Nigerian Govt could say was come back home and I will bear d flight cost. Home ain’t where u were born. Home is where d leaders care abt u ❤️🇨🇦✊🏿 pic.twitter.com/Zj7NGqAuBj

Laycon Has Been Declared The Winner Of Big Brother Naija 2020