Nigeria is rich in many ways, especially in our preservations of sports facilities, check out the 10 Best Stations in Nigeria

Sports is something that makes one healthy and fit. There are various types of sport but the sport that most common and highly loved in our country Nigeria is football. Football is a type of sports that draws millions of Nigerians together. Apart from the fact that it is so entertaining and interesting, it also helps bring unionism, tranquillity and harmony among Nigerians.

Football is actually played on a pitch or stadium. For football to be free-flowing and enjoyed, it has to be played on a standard football stadium. This article will reveal the 10 best stadiums where football can be played and enjoyed in Nigeria.

Currently, the Akwa Ibom International Stadium is no doubt the best we have ever seen in Nigeria. It was constructed by Julius Berger Construction Company under the Godswill Akpabio’s regime when he was the governor of Akwa Ibom State. About 250 million dollars was spent in building this stadium and the project started in 2012 and was completed in 2014. It was opened in that same year(2014) to host the All African games. It was actually built to look like the Allianz Arena in Germany. It is 30,000 seater with Presidential suite and viewing area. The has two electronic scoreboard and floodlights to brighten the stadium. The grass turf is well maintained, there are police officers on guards, closed-circuit security cameras(CCTV). It also has six exits, crowd control fencing, has a fully equipped medical centre with two ambulances and fortified with emergency services. There is also a 5,000 capacity public park and a VIP car park that can contain 700 cars. It also has a wonderful media facility that has OBS media and Language translator commentary box.

The Abuja National Stadium is also referred to as the Nigeria National Stadium and it is located in Abuja, the Federal Capital Territory. A huge amount of about $360 million dollars was spent in building this magnificent stadium of a seating capacity of 60,491. It was opened in 2000 in order to host the All African games. It is ranked the second best stadium in Nigeria even though it is the most expensive and largest stadium currently in Nigeria. It has an electronic scoreboard, floodlights, a fully equipped medical centre and two standby ambulance, CCTV cameras and 24 hours police guard, equipped OBS media centre and Language translator commentary box, crowd control steel fencing, six exits and several emergency services. It has a 400 VIP car park and 4000 capacity public park.

The stadium was actually named after a famous Nigerian professional footballer, Teslim Balogun. The stadium was actually completed during Babatunde Raji Fashola’s regime when he was the governor of Lagos State and about 1.3 billion nairas was spent in building the stadium. The Teslim Balogun Stadium is adjacent to the Lagos State National Stadium. The stadium is multi-purpose in nature but majorly used for football matches. It has almost 25,000 seating capacity stadium, digital scoreboard, good OBS equipment and media centre, CCTV cameras and a combination of Police and private security, it has a medical clinic and two standby ambulances and four exits. It is currently the home of First Bank FC.

This stadium was commissioned for the first time on the 2nd of April 1977. It had a seating capacity of 25,000 but reduced in 1999 to about 18,000 in other to meet FIFA standard. It has hosted the highest number of FIFA graded tournaments more than any other stadium in Nigeria. It is currently the home of Calabar Rovers FC. It has ultra-modern OBS media centre, four exits, the grass turf is maintained very well, perimeter fencing, ultra-modern video matrix scoreboard and floodlights.

This stadium was commissioned on 19 July 2015 and a match was played that day between Nigeria versus Congo,(Rio Olympics qualification). Dolphins FC used the stadium to play their remaining matches of 2015 season. It has a seating capacity of about 38,000 people. It also has a good media centre, electronic scoreboard, floodlights, CCTV cameras, perimeter fencing, a medical clinic with two standby ambulances, well-maintained grass turf, and a police guard.

It was commissioned in 1992 and it was known then as Aba township stadium but was later renamed in 2002 as Enyimba International Stadium in honour of Enyimba FC, after they won the CAF competition of that year. The stadium has hosted several CAF Champion Leagues finals. It is 25,000 seater capacity with other features such as the electronic scoreboard, floodlights, well-maintained grass turf, medical personnel trained for emergencies and two ambulances on standby, police on 24 hours guard, six exits and a 1,500 capacity car park.

This stadium was commissioned in 1960 and was called Liberty stadium but, it was renamed in 2010 by Goodluck Jonathan when he was the president of Nigeria. The 1999 FIFA World Youth Championship was hosted in this Stadium.Shooting Stars FC(3SC) usually play some of their matches in this stadium, though Adamasingba stadium is their main home stadium. Obafemi Awolowo stadium is 35,000 seating capacity with VIP viewing area, it also has a digital scoreboard, a medical clinic with two standby ambulances, well-maintained grass turf, six exits, FIFA standard media centre and equipment, police officers on 24 hours guard and 7,000 capacity public park.

his stadium was commissioned in 1959. It was initially owned by Nigeria Railway Corporation, then in 1986, it was modified. This stadium hosted the FIFA  under 20 World Championship in 1999. It is currently the home of Rangers International FC of Nigeria. It is 22,000 seating capacity with VIP viewing area, very equipped OBS media centre, CCTV cameras, it is guard 24 hours by private security, eight exits, video matrix scoreboard, floodlights and artificial turf.

This stadium was commissioned in 1982 and it played host to the FIFA Under 17 World tournament in 2009. It is presently the home of Kano Pillars FC. It has an 18,000 seating capacity with VIP area, OBS media centre, well-maintained grass turf, steel fencing, a nearby medical centre and two standby ambulances, four main exits and police on 24 hours guard.

It is a multi-purpose stadium located in Lokoja, Kogi State. A huge sum of $2.5 billion was spent to upgrade it in 2008 to enable it to meet FIFA standard. Niger Tornadoes used it temporarily for their home matches during the 2016 Nigeria Professional League, but is presently used by Kogi United and Confluence Queens for their home matches. It is 22,000 seater capacity and VIP area, digital scoreboard, floodlights, six exits, a fully fortified hospital with special heart resuscitation centre and standby ambulance, well-maintained grass turf, perimeter fencing, world standard media centre with free WiFi and lives transmission facilities and Police guard during match period 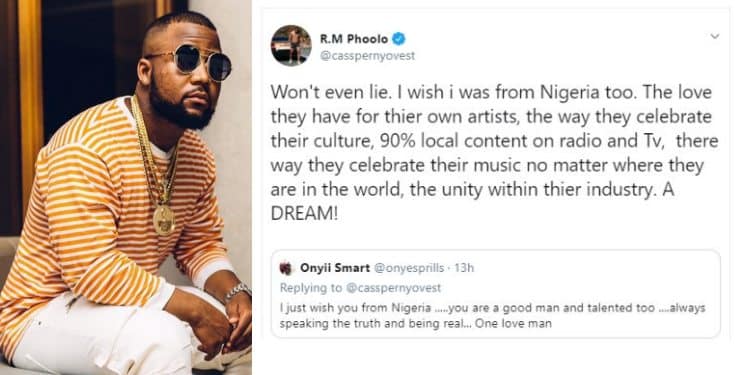