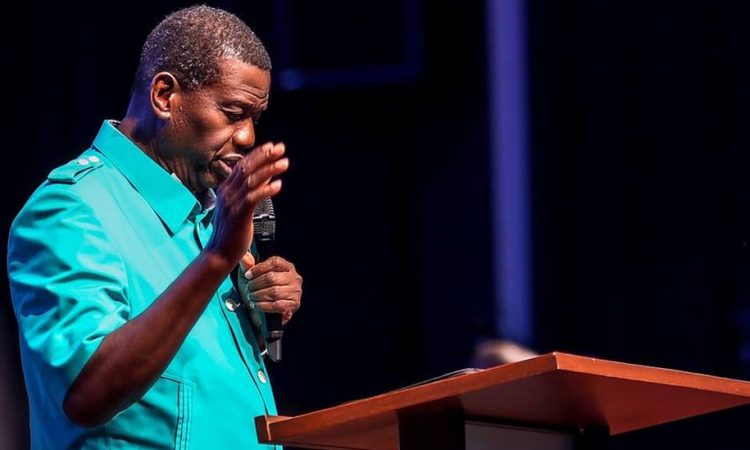 Adeboye, speaking during the church’s early Saturday morning Crossover Service in Ogun State, predicted two gigantic storms, one from the Atlantic in the form of a hurricane and the other from the Pacific.

He forewarned that unless they were weakened, the consequences would be disastrous.

In the coming year, the man of God also predicted that the subject of migration will take a new turn.

On a personal level, Adeboye said more than 80 percent of projects starting in 2022 would succeed, adding that this year would be a year of the emergence of previously unknown stars.

“In spite of everything happening, this year will be a year of some massive breakthroughs (in science and in finance). Infant mortality rate will drop by at least 50 percent,” he added.

On Nigeria, Adeboye refused to speak straight but spoke in parable, saying that “You don’t make an omelette without breaking eggs.”

He said some of the problems witnessed in 2021 would spill into the New Year, adding that the world is still convulsing as a result of COVID-19.

For the world, Adeboye further predicted that in 2022, there will be breakthroughs in certain areas.

“In spite of everything happening, this year will be a year of some massive breakthroughs (in science and in finance)

“Infant mortality rate will drop by at least 50%.,” he stated.

Furthermore, the cleric alerted the world about a looming climate related danger.

“The issue of migration will take a new turn in the new year.

“There will be two monstrous storms (one coming from the Atlantic and one from the Pacific) unless they are weakened. the results will be terrible,” he added.

Other men of God who are overseers over their congregation also made predictions for 2022.

For the presiding bishop of the Living Faith Church worldwide, Bishop David Oyedepo, he declared the year as “More than a Conqueror”.

He charged the congregation to obey God’s word if they desire to be exempted from the hardship bedeviling the world.