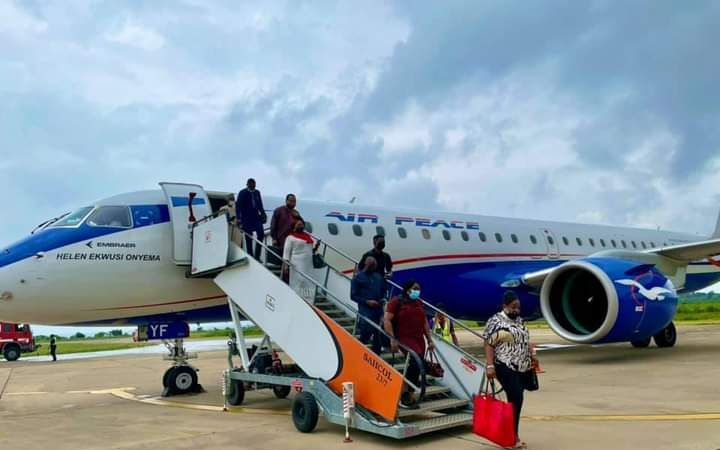 Air Peace airline yesterday commenced scheduled flight operations to Ibadan Airport as the airline was received by the Olu Ibadan of Ibadan,  His Highness,  Oba Saliu Adetunji at the  Airport.

The inuagural flight , operated with the airline’s brand new Embraer 195-E2, touched down at about 11 am and was greeted with water cannon by Federal Airports Authority of Nigeria, FAAN, fire service officials.

In his welcome address, Governor Seyi Makinde said the coming of Air Peace airline to the state is a big relief to the teaming city travelers as the airline has immediately ” crashed the airfare from Ibadan to Abuja to affordable level”. 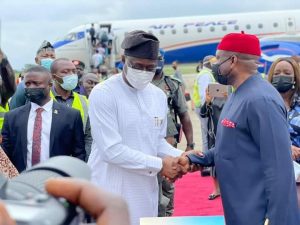 Governor Makinde also said the state will do everything possible to encourage Air Peace and make the route viable for the airline.

He said : ” The coming of Air Peace will strengthen and enhance the economy of the state. We have a dry Port here that will facilitate the clearing of goods in record time. This will take the stress off importers in the state and neighbouring states and save them the stress of going to Lagos port to clear good”.

” The coming of Air Peace airline will facilitate this process. We want the airline to also commence cargo flight to the state. On our part, we have already awarded contract for the extension of the airport runway”, he revealed. 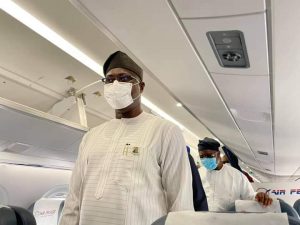 Responding to the governor’s remarks, the chairman of Air Peace airline , Barrister Allen Onyema promised to link Ibadan to every geo- political zone of the country. He also said opening of the Ibadan route is part of the airline’s ” no city left behind ” programme where every city in the country with be interconnected by air.

Onyema said : ” Plans are already on to commence Port Harcourt to Ibadan flight. Abuja, Ibadan to Kano flight is also already in the pipeline. I believe in the oneness of Nigeria. As a nationalist, I am going to connect all cities in the country.” 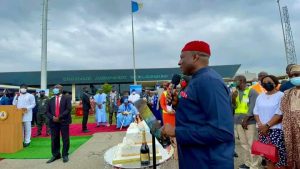 Other dignitaries at the airport to witness the inuagural flight included officials of the state government, former National Assembly members, including Senator Kola Balogun and Chief Lekan Alabi who delivered the OluIbadan welcome address. 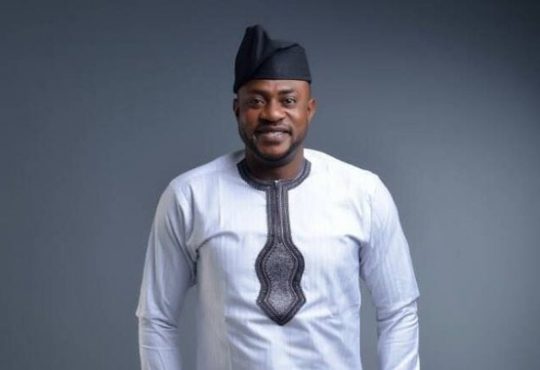