HomeNewsAlleged Connivance of Aondoakaa With PDP to Disqualify Alia A Wicked And Desperate Accusation.
News

The Michael Kaase Aondoakaa Campaign Organization has noted with dismay a wicked ,malicious and desperate claim in an online publication that our principal, former Attorney General of the Federation and Minister of Justice, Chief Michael Aondoakaa, SAN, who is a Governorship aspirant on the platform of the All Progressives Congress, APC in Benue State, has conspired with Governor Samuel Ortom of the People’s Democratic Party(PDP)to disqualify the purported emergence of suspended Rev Fr Hyacinth Alia as the Governorship candidate of APC. For avoidance of doubt, Rev Fr Alia is not yet APC Governorship candidate in Benue State as the entire primaries has been nullified by APC Appeal Committee. The APC NWC has declared the primaries inconclusive.

The false claim comes after Aondoakaa, Chief Barnabas Gemade, Prof Terhemba Shija, Dr Mathias Byuan, and Chief Steven Lawani, among other aspirants, challenged the process of the Party’s Primary, which was rife with irregularities that were far too serious and pervasive to be overlooked by anyone who cared about the party’s progress.

Following the results of the party’s purported Direct Primaries in Benue State, our principal had cautioned that the process was flawed because of the timing of the process and arrangements were in violation of election regulations, INEC guidelines, and the party’s Constitution. Our principal emphasized emphatically that the outcome, regardless of who it favoured, would be contested on the basis of failure to comply with the proper legal standards for adoption.

We are perplexed as to why anyone or a group of people would dismiss valid concerns raised by aspirants and the Governorship Appeal Panel’s decision to accuse Chief Aondoakaa of working against the party’s interests by raising genuine concerns in accordance with extant electoral laws and guidelines that anyone could verify. To claim that Aondoakaa conspired with PDP’s Governor Ortom to disqualify Rev. Alia through a law suit filed by the state’s ruling party of which all APC Governorship aspirants are defendants is the highest display of ignorance and or arrogance. Playing accordance with the rules of the game should have saved APC the predicament it has found itself of not having a governorship candidate yet. The Presidential primaries was conducted through indirect primaries transparently. No issues.

The problem of the state’s challenged Governorship primary is public knowledge, and other political parties interested in winning election in 2023 are aware of the issues. As a result, regardless of whether they stand a possibility of being favoured in their law suit or not, they have considered it worthy to pay attention to it without being prompted by anyone.

We wish to state the following in clear terms over this sad development:

We would like to finally appeal to the party’s leadership, Chief Aondoakaa’s political allies, and his throngs of supporters to reject any charge by detractors and enemies of our party by recalling our principal’s character and principles to bear in their assessment of any matter presented against him. 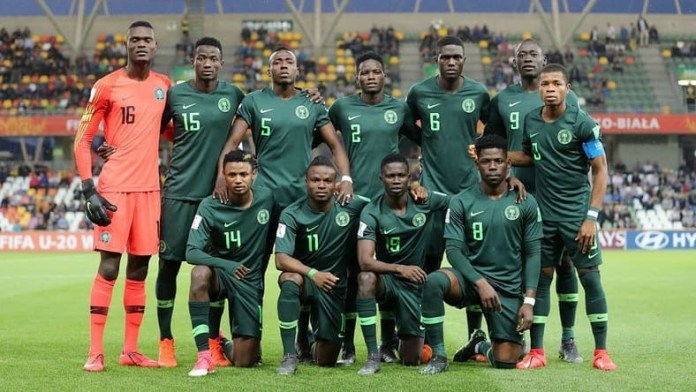