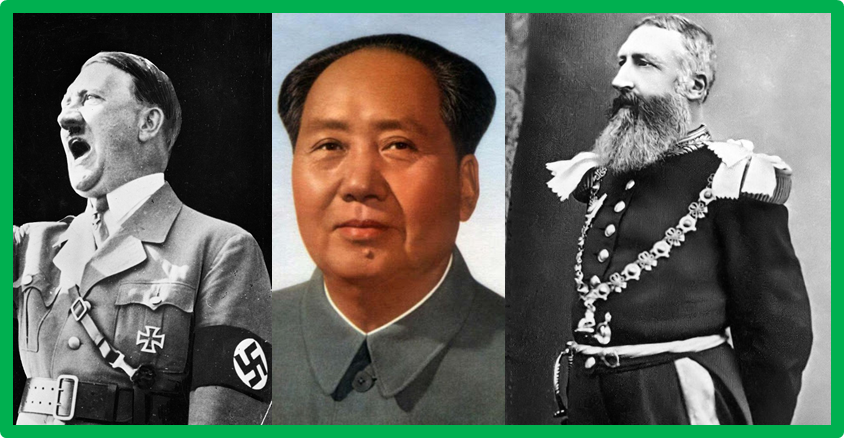 Most Brutal Mass Murderers – The world is now a global village but before now we had some cruel situations that gave birth to mass murder, in this article, we will list some of the most brutal mass murderers in the world. 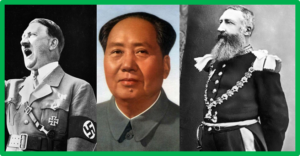 You might be expecting to read about prolific serial killers or perhaps school shootings but those events do not compare to the deeds of history’s true mass murderers. These are the dictators of the past two centuries that were responsible for unimaginable numbers of deaths. Some of them are still considered heroes among the deranged and the misinformed, but there’s no other explanation for murder committed on such a grand scale than pure, unadulterated evil.

Mao Zedong (December 26, 1893 – September 9, 1976), also known as Chairman Mao, was a Chinese communist revolutionary who became the founding father of the People’s Republic of China (PRC), which he ruled as the chairman of the Communist Party of China from its establishment in 1949 until his death in 1976. Ideologically a Marxist–Leninist, his theories, military strategies, and political policies are collectively known as Maoism 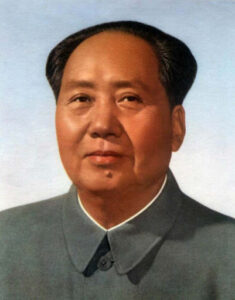 Most of us consider the term “founding father” as one that is reserved for men who sacrificed for the greater good and risked their lives to create a better society. In Mao’s case, the term “founding father” has the opposite meaning. Although Mao may have indeed sacrificed much during his years as a revolutionary, the creation of a Communist regime in China is certainly nothing any sane individual could be proud of. Chairman Mao was ultimately responsible for the deaths of between 49 and 78 million people. Just let those number sink in for a minute.

Leopold II (9 April 1835 – 17 December 1909) was King of the Belgians from 1865 to 1909 and, in a completely separate role, the Sovereign of the Congo Free State from 1885 to 1908. During his absolute rule of the Congo, an estimated 2-10 million Africans died and conditions there led to an early use of the term “crime against humanity. 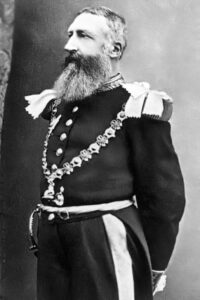 While America was brining the civil war to a close, King Leopold II was settling in as the ruler of the Belgians. Like all self-respecting murderous dictators, he had to find a place where he could torture, main and kill people. For Leopold, that place was The Congo. His hunger for the wealth that could be extracted from that country’s natural resources led to the deaths of between 2 and 15 million people of the Congo.

Adolf Hitler (20 April 1889 – 30 April 1945) was a German politician and leader of the Nazi Party (Nationalsozialistische Deutsche Arbeiterpartei; NSDAP). He rose to power as the chancellor of Germany in 1933 and then as Führer in 1934. During his dictatorship from 1933 to 1945, he initiated World War II in Europe by invading Poland on 1 September 1939. He was closely involved in military operations throughout the war and was central to the perpetuation of the Holocaust. 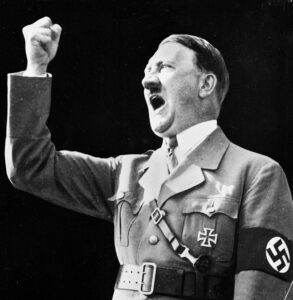 The most notorious lunatic of the 20th Century, Hitler and his Third Reich failed in their attempt to take over the world but excelled in their despicable goal of ridding the world of people they considered inferior. An estimated 2 million died during his reign including some 6 million Jews, 3 million Russian prisoners of war, and millions of others who were somehow caught in the path of his brutal war machine.

Ismail Enver Pasha ( 22 November 1881 – 4 August 1922) was an Ottoman military officer and a leader of the 1908 Young Turk Revolution. He became the main leader of the Ottoman Empire in both the Balkan Wars (1912–13) and in World War I (1914–18). In the course of his career he was known by increasingly elevated titles as he rose through military ranks, including Enver Efendi, Enver Bey, and finally Enver Pasha, “pasha” being the honorary title Ottoman military officers gained on promotion to the rank of Mirliva (major general). 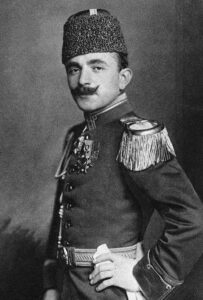 As the most powerful ruler of the Ottoman Empire during the Armenian Genocide, Ismail Enver was a key player in the effort to rid their land of the Armenian minority. It is estimated that some 1.5 million Armenians were killed along with other minority groups including Greeks and Assyrians.

Joseph Vissarionovich Stalin (born Ioseb Besarionis dzе Jugashvili;18 December [O.S. 6 December] 1878 – 5 March 1953) was a Georgian revolutionary and Soviet politician who led the Soviet Union from the mid-1920s until 1953 as the general secretary of the Communist Party of the Soviet Union (1922–1952) and premier of the Soviet Union (1941–1953). Despite initially governing the Soviet Union as part of a collective leadership, he eventually consolidated power to become the country’s de facto dictator by the 1930s. A communist ideologically committed to the Leninist interpretation of Marxism, Stalin formalised these ideas as Marxism–Leninism, while his own policies are known as Stalinism. 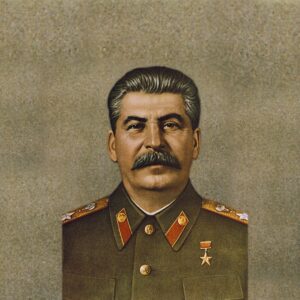 Stalin ruled the Soviet Union from the mid-1920’s until 1953 when he died in office. Although not quite as “accomplished” as Mao where murder was concerned, Stalin racked up a staggering 7 million human lives, some 5 million of those through starvation as a result of his brutal policies. Many more died in notorious Soviet gulags or were slaughtered because they were considered a threat to the regime.

Hideki Tojo (December 30, 1884 – December 23, 1948) was a Japanese politician and general of the Imperial Japanese Army (IJA) who served as Prime Minister of Japan and President of the Imperial Rule Assistance Association for most of World War II. Before becoming Japan’s head of government, Tojo was among the most outspoken proponents for preventive war against the United States prior to the attack on Pearl Harbor. Upon becoming Prime Minister in October 17, 1941, he presided over the conquest of much of the West’s territories in Asia and the Pacific until the defeat of Japanese forces at Midway and Guadalcanal. During his years in power, he also oversaw the perpetration of numerous war crimes including the systematic massacre and starvation of civilians and prisoners of war. As the war’s tide increasingly turned against Japan, Tojo was forced to resign as Prime Minister on July 22, 1944. After Japan’s surrender in September 1945, Tojo was arrested, convicted by the International Military Tribunal for the Far East, sentenced to death, and hanged on December 23, 1948. 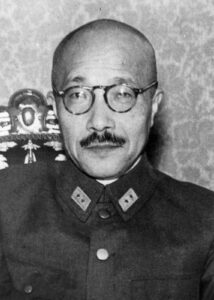 Most famous to those in the western world as the Prime Minister of Japan during World War II, Tojo’s ill-fated reign resulted in millions more deaths than just those he sent to war. Tojo is considered by many to be responsible for the deaths of than 8 million people in China, Korea, The Philippines and Indochina. He met a fitting end on December 23, 1948 when he was hanged after being convicted of war crimes.

Kim Il-sung (born Kim Sŏng-ju15 April 1912 – 8 July 1994) was the founder of North Korea, which he ruled from the country’s establishment in 1948 until his death in 1994. He held the posts of Premier from 1948 to 1972 and President from 1972 to 1994. He was also the leader of the Workers’ Party of Korea (WPK) from 1949 to 1994 (titled as Chairman from 1949 to 1966 and as General Secretary after 1966). Coming to power after the end of Japanese rule in 1945, he authorized the invasion of South Korea in 1950, triggering an intervention in defense of South Korea by the United Nations led by the United States. Following the military stalemate in the Korean War, a ceasefire was signed on 27 July 1953. He was the third longest-serving non-royal head of state/government in the 20th century, in office for more than 45 years. 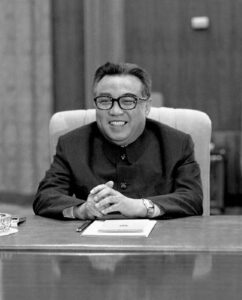 With a despicable legacy of lunacy that persists to this day, Kim Il-sung was the grandfather of present-day lunatic-in-chief, Kim Jong Un. As the supreme leader of North Korea during the Korean War, Kim Il-sung presided over a war that killed an estimated 1.2 million people. In addition to the war dead, it is believed that between one and three million North Koreans starved to death during his rule.

Pol Pot (born Saloth Sâr; 19 May 1925 – 15 April 1998) was a Cambodian revolutionary and politician who governed Cambodia as the Prime Minister of Democratic Kampuchea between 1975 and 1979. Ideologically a Marxist–Leninist and a Khmer nationalist, he was a leading member of Cambodia’s communist movement, the Khmer Rouge, from 1963 until 1997 and served as the General Secretary of the Communist Party of Kampuchea from 1963 to 1981. Under his administration, Cambodia was converted into a one-party communist state governed according to Pol Pot’s interpretation of Marxism–Leninism. 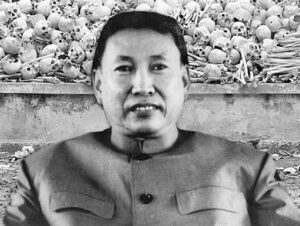 Another Socialist lunatic that left his indelible and horrific mark on history through his efforts to “cleanse” Cambodia of all vestiges of western capitalism, culture and religion along with anything else he considered a foreign influence. Pol Pot and his ruthless Khmer Rouge were responsible for the deaths of between one and three million human beings, a devastating percentage of the Cambodian population of approximately eight million at the time. 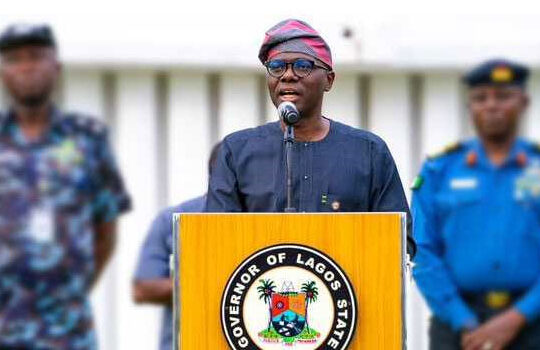