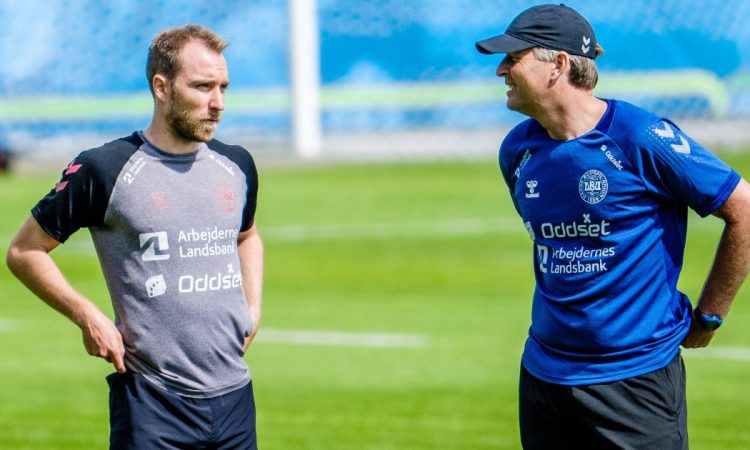 Having seen their game suspended following the Tears as famous player collapse and battle to stay alive on the field at Euro 2021, the Danish chose to resume their Group B clash on Saturday

Denmark coach Kasper Hjulmand has offered an explanation as to why his players opted to resume their Euro 2020 opener with Finland following Christian Eriksen’s collapse, stating that his squad were given the option to play the rest of the game either the same day or the following day.

The Danish side’s game against their Nordic neighbours was suspended late in the first half on Saturday after Eriksen dropped to the turf at Parken Arena, sparking prolonged attempts to resuscitate him by medical staff.

The Inter playmaker was ultimately revived and taken to hospital where he remains in a stable condition, with Denmark ultimately electing to continue on with their fixture, an eventual 1-0 defeat. 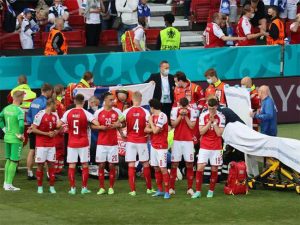 “You can’t play a game with such feelings, [but] there were no players who could manage to go home, sleep and get up again [after what happened].

“We tried to win. It was incredible to go out and try to play that second half. Honestly, we had players out there that were completely done, emotionally done and emotionally exhausted.”

The former Nordsjaelland boss paid further tribute to his players, who formed a protective shield around Eriksen and medical staff during the lengthy stoppage, and held up white blankets to obscure him as he was removed from the field.

“We have a group of players that I cannot praise enough,” he added. “I couldn’t be prouder of those people who took such good care of each other.

“The way the players talked in the dressing room, to decide to not do anything before we knew Christian was conscious [is worth saluting].

“It’s been a tough night. We are all reminded of what the most important thing in life is – to have valuable relationships, people we’re close to, our family and our friends. Everything, everything, everything – all thoughts are with Christian and his family.”