Enugu State’s First Lady, Monica Ugwuanyi has reportedly commissioned tippy taps constructed for primary school pupils in the state.
The tippy taps were allegedly constructed by a foundation that belongs to the wife of Enugu State Governor Ifeanyi Ugwuanyi, to aid pupils of  Amechi Primary School in Awkunanaw community of Enugu South Local Government Area in washing their hands.

A foundation founded by the wife of Enugu State Governor recently constructed tippy taps for local primary school in the state to aid the practice of hand washing.
Who did we offend 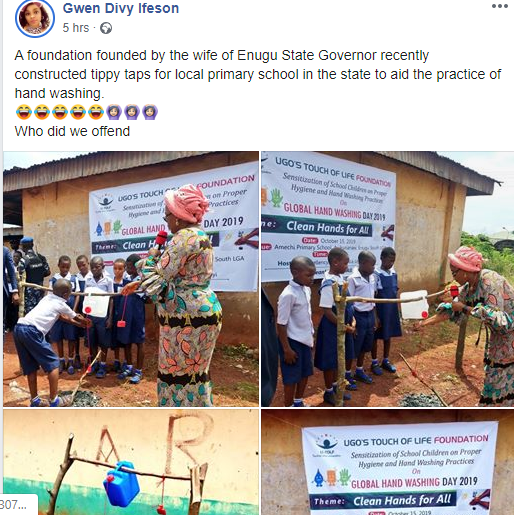 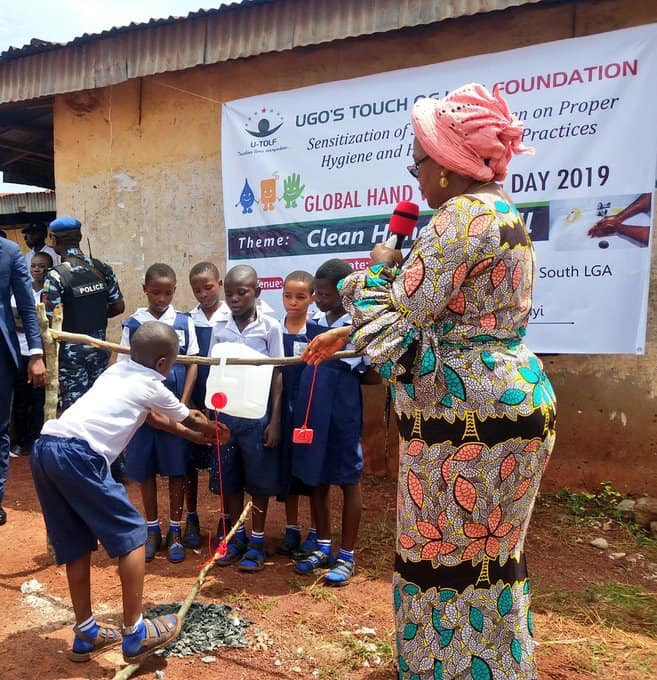 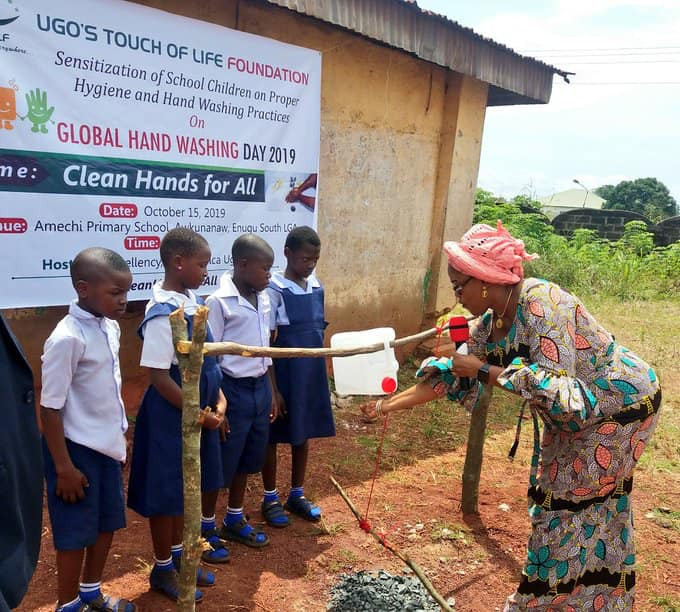 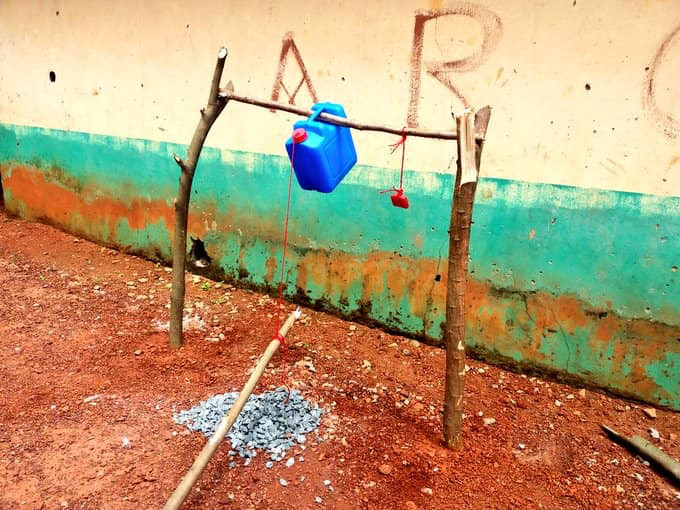 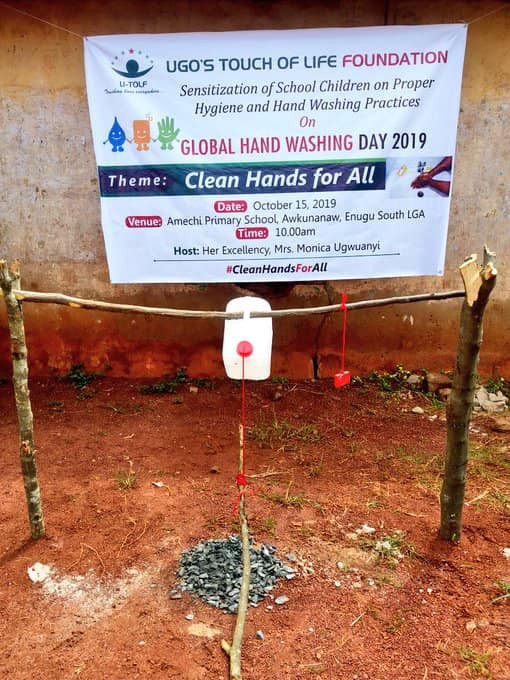