HomeSportsPatrice Evra Vows to Return “Stronger than ever before” after Sack.
Sports

In his usual enthusiastic and positive fashion, Patrice Evra has posted a video on his Instagram page vowing to “come back stronger [than] ever” after he was banned, fined and sacked for kicking a fan ahead of Marseille’s Europa League tie at Guimaraes earlier this month.

The former Manchester United and Juventus left-back was issued a ban from European club competition until June 30, 2018, and a €10,000 fine as a result of the incident.

Since his ban only applies to UEFA club competitions, Evra could still play in a domestic league, and the former Manchester United man said in a video post on his Instagram page that he remained positive about his future.

“What a day,” he said. “You know guys, it’s Monday, so happy Monday. Sometimes life, you know, you can feel it’s really heavy but you always have to keep smiling and of course keep loving this game.

“I swear to God I will come back stronger as ever. Always positive energy. Don’t be lazy. I don’t know what you are doing right now, but me, I am pushing a car because I want to be better and better than I was before.

Evra’s agent, Federico Pastorello however believes that the France’s International’s career is not over.

Pastorello said,”He knows he’s made a mistake, but his career does not end here,” Pastorello told La Gazzetta dello Sport. “He doesn’t want it to end like this. Physically, he’s in better shape now than he was five or six years ago and many clubs have already made enquiries.”

“Patrice cannot see himself playing in Serie A again after his years at Juventus,” he added. “We’re not excluding anything, not even the Azzurri [Napoli], but I think that would be complicated”, reports ESPN FC.

Evra spent two-and-a-half seasons in Italy with Juventus before moving to the Ligue 1 to join Marseille in January. The defender has made only four appearances for in league 1 this season before his suspension and eventual sack for misconduct by the club. 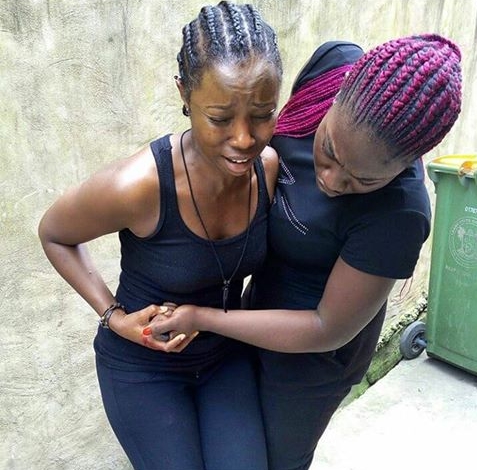