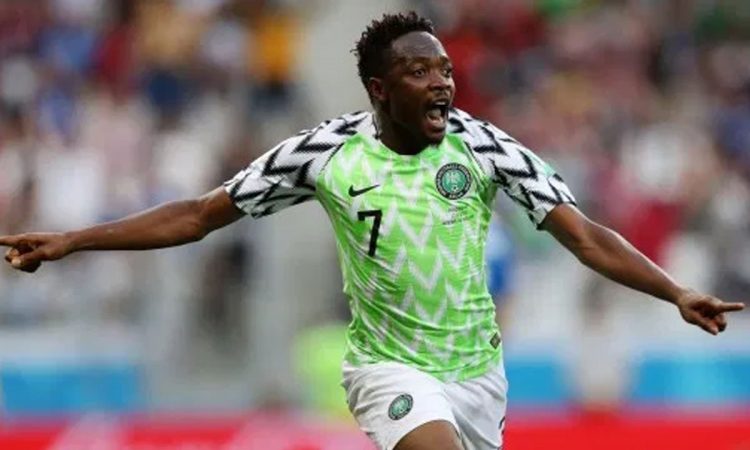 Super Eagles captain, Ahmed Musa, is two games away from becoming a centurion with the national team, The PUNCH reports.

Several media reports (The PUNCH not inclusive) reported that the 28-year-old winger would make his 100th appearance for the Eagles in their 2022 World Cup qualifier against Cape Verde at the Estádio Municipal Adérito Sena on Tuesday.

Super Eagles land in Mindelo; Musa delighted with 100th cap prospect’ that the former CSKA Moscow striker would be making his 100th cap for the team.

But according to FIFA, the Fatih Karagumruk winger has made 98 appearances for Nigeria and will only become the third Nigerian player to reach the centurion mark playing for the three-time African Champions after Joseph Yobo and Vincent Enyeama if he features for the team in their double-header against the Central Africa Republic next month.

Findings by our correspondent showed that Musa featured in two games for the national team, which were not recognised by world governing body FIFA.

The games are the unofficial friendly against Togo in 2017, which the Eagles won 3-0 with Musa scoring twice at the Saint-Leu-la-Forêt stadium, in France and the 2018 World Cup qualifier against Algeria, which ended 1-1 in Constantine, but the result was overturned by FIFA and Algeria awarded a 3-0 win, after Nigeria fielded an ineligible player (Abdullahi Shehu) for the game.

Checks by our correspondent on FIFA’s website also revealed that former captains of the team, Yobo and Enyeama both have 100 caps each as against the 101 widely reported.

Musa made his debut for Nigeria against Madagascar in a 2012 Africa Cup of Nations qualifier where he came on as a substitute for Mikel Obi. The game ended 2–0 win.

He also scored his first goal for the Eagles in Kenya.