Nigeria as a country has lots of traditional rulers but not all are seen as rich. Some of the kings are rich because of the throne they occupy.

Some of the other kings are also rich due to their personal businesses. These kings have set up foundations to help eradicate poverty in their communities.

This number 1 richest king in Nigeria is the royal leader of Ugbo which is a prominent town in Ondo State, Nigeria.

This king is sometimes called “Olugboo of Ugboo”, there is no doubt that the richest king is one of the notable Yoruba monarchs within and outside Ondo State, Nigeria.

The kind of wealth he has makes him to be mentioned among the richest kings in the entire Nigeria now.

This richest king in Nigeria has the total net worth of about $300 million dollars which is equivelent to108.2 Billion naira now.

The richest king owns a Bentley Mulsanne of 2014 model which valued about N100 million naira and also boasts of driving a Custom built Rolls-Royce of 2012 edition which was built to match the standard of that of the Queen of England, with which the king joins the royal list of Nigerian monarchs who ride Rolls-Royce at the first place. This number 2 richest king (Sultan Abubakar IV) is said to be the 20th Sultan of the whole Sokoto Caliphate who has been in the throne in the year of 2006 after the death of the 19th Sultan Sultan of Sokoto, Miccado.

This king was in military and resigned as a Brigadier General since before he became the ruler in that moment.

Sultan Abubakar has different varieties of cars. Going by the kind of cars he owns, he has Rolls-Royce of 2017.

He has the total estimation of about $100 million dollars. Sunusi Lamido is the third richest king in Nigeria. He once served as a governor of the Central bank of Nigeria.

Born 31 July in the year of 1961, Sunusi Lamido is the Fourth Emir of Kano state from the Fulani Sullubawa clan group. The king commenced to hold the throne in the year of 2014 after the death of his grand uncle known as Ado Bayero. On the 9th of March, in the year of 2020, Governor Abdullahi Ganduje of Kano dethroned him after some issues happened. The number 4 richest king (Oba Adeyeye Ogunwusi Eniitan) is one of the traditional ruler, or known as Ooni from the Yoruba kingdom of Ile-Ife.  Apart from being a traditional ruler, the king is also a successful real estate business person and at the same a Chancellor in the University of Nigeria, Nsukka.

The net worth of Oba Adeyeye is said to be estimated of about $70 Million dollars that’s why he is mentioned as the fourth person among richest kings in Nigeria. The number 5 richest king in Nigeria is a traditional ruler of Benin who bears the title of “Oba of Benin”. Presently, Ewuare II is the one on the throne . The king has a great power and influence in the kingdom. The kingdom has a beautiful palaces that suits the king who is the 40th Oba of the Benin.

The Oba of Benin Nigeria is said to have the net worth of about $60 million dollars now. The number 6 ricgest king in Nigeria (Obi Alfred Ugochukwu) is one of the 21st traditional ruler of Onitsha. The king was the executive director at Shell Petroleum Development Company and the Chancellor of Ahmadu Bello University, Zaria before becoming a king. There is no doubt that with all of the achievements, the king has made wealth over time that could offer him the luxury and exotic cars he wish to acquire.

The king has a Rolls-Royce 2016 model that costs of about ₦100 million naira.This king is said to have a net worth of about $50 million dollars as estimated. The number 7 richest king in Nigeria (Lamidi Olayiwola Adeyemi III) is called the Alaafin, or a traditional ruler of the Yoruba land of Oyo. The king was Born on the 15th of October in the year of 1938.

Lamidi Olayiwola Adeyemi III is said to have the net worth of about $40 million dollars as estimated. 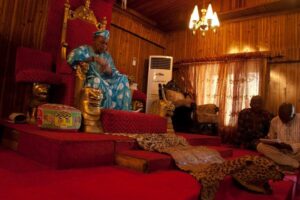 The number 8 richest king in Nigeria is said to be one of the traditional ruler that cannot be overlooked, he is the oba of lagos. The richest king is a very powerful person.

This number 8 richest king has a Mercedes-Benz, model of 2016 which is estimated to be about N34 million naira.

The net worth of this Oba of Lagos is said to be estimated of about 40 million dollars. The number 9 richest king in Nigeria (Godfrey Emiko) who is sometimes called the Olu of Warri falls among the richest kings in Nigeria because of his net worth of about 30 million dollars. The real name of this king is called Benjamin Ikenchuku Keagborekuzi I who is the royal leader of Agbor which is a town in the oil-rich Delta state, Nigeria.

He became the king when he was  just 2 years and 4 months old immediately after the death of his  father, the late Obi. Benjamin Ikenchuku has an estimated Networth of 20 million dollars 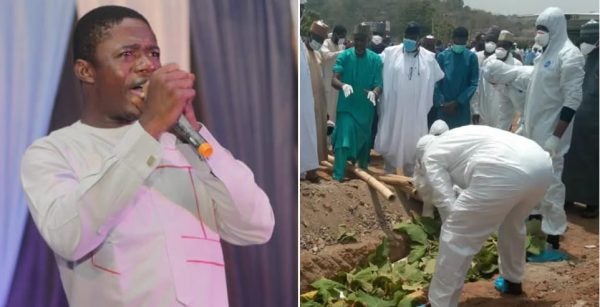