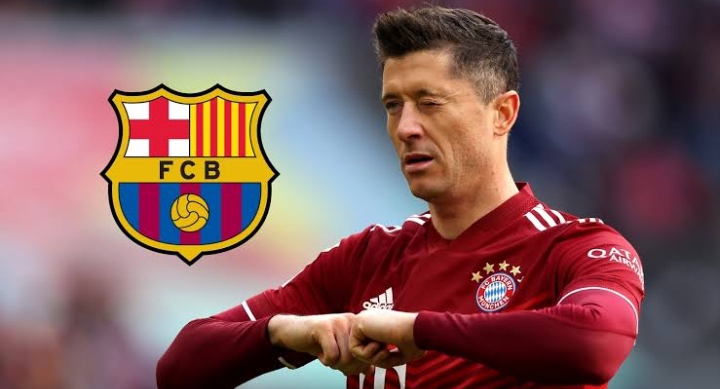 Barcelona have at long last agreed a deal with Bayern Munich to sign Robert Lewandowski, and the Poland striker will jet out to Catalonia this weekend to complete his move to Camp Nou.

However, Barça’s hopes of signing Jules Kounde are under threat as Chelsea have reignited their interest in the Sevilla centre-back. A deal for Manchester City’s Nathan Ake fell through this week.

Back at Bayern, Serge Gnabry has agreed terms over a new contract at the Allianz Arena. His current deal is set to expire in 2023 and the likes of Chelsea, Arsenal and Real Madrid were keeping tabs on the situation.

While Arsenal won’t be welcoming Gnabry back to the Emirates Stadium anytime soon, they are trying to offload one of their current wingers in Nicolas Pepe. The Gunners’ club record signing has has scarcely been of use to Mikel Arteta and Sevilla are monitoring the situation.

One player Arsenal are closing in on though is Oleksandr Zinchenko after agreeing a £30m fee with Man City, with personal terms now set to be discussed.

Across north London, Tottenham have been linked with a move for Leicester City playmaker James Maddison. Spurs are keen to bolster their ranks with another creative midfielder after deciding against a move for Christian Eriksen, who has now joined Manchester United from Brentford.

Reims have confirmed that Hugo Ekitike will join PSG, but that Newcastle United had in fact offered more for the striker. The Magpies backed away from a deal due to the excessive demands from Ekitike’s agent.

Jesse Lingard is considering offers from Saudi Arabia following the expiration of his Man Utd contract. He also is wanted by West Ham United, Everton and MLS side D.C. United.

Elsewhere at West Ham, the Irons have made a fresh £25m bid for Chelsea striker Armando Broja and are weighing up a move for free agent Adnan Januzaj.