HomeFeaturedEverything you need to know about 36 Nigerian states [Population, Economy, How they got their names]
Featured

In this article, I will highlight everything you need to know about 36 Nigerian states [Population, Economy, How they got their names]. Do well to share with family and friends.

Nigeria is a federation of 36 states and 1 Federal Capital Territory. Each of the 36 states is a semi-autonomous political unit that shares powers with the Federal Government as enumerated under the Constitution of the Federal Republic of Nigeria.

There are currently a total of 774 Local Government Areas in Nigeria. Under the Constitution, the 36 states are co-equal but not supreme because sovereignty resides with the Federal Government. The constitution can be amended by the National Assembly, but each amendment must be ratified by two-thirds of the 36 states of the federation.

Everything you need to know about 36 Nigerian states

Abia is a state in the southeastern part of Nigeria. The capital is Umuahia, and the major commercial city is Aba, which was formerly a British colonial government outpost in the region, and is also one of the most populated areas in Nigeria. Abia state was created on 27 August 1991 from part of Imo State.

Abia is mainly peopled by the Igbo ethnic group. The Igbo people, who are one of the indigenous peoples of the Southeastern part of Nigeria, make up 95% of the population. Their traditional language, Igbo is in widespread use. English is also widely spoken and serves as the official language in governance and business. Abia’s over 2.4 million people are mainly Christians.

Crude oil and gas production is a prominent activity, as it contributes over 39% of the State’s GDP. Representing 27% of the GDP, agriculture- which employs 70% of the state workforce- is the second economic sector of Abia. With its adequate seasonal rainfall, Abia has much arable land that produces yams, maize, potatoes, rice, cashews, plantains, taro, and cassava. Oil palm is the most important cash crop.

How Abia got their name

Abia is an acronym from the four main groups of people in the state as at the time it was formed in 1991: Aba, Bende, Isuikwuato, and Afikpo.

Adamawa is a state in northeastern Nigeria, whose capital and largest city is Yola. In 1991, when Taraba State was carved out from Gongola State, the geographical entity Gongola State was renamed Adamawa State, with four administrative divisions: Adamawa, Michika, Ganye, Mubi, and Numan.

Adamawa is one of the largest states of Nigeria and occupies about 36,917 square kilometres. It is bordered by the states of Borno to the northwest, Gombe to the west and Taraba to the southwest. Its eastern border forms the national eastern border with Cameroon

The major occupation of the people is farming as reflected in their two notable vegetational zones, the Sub-Sudan and Northern Guinea Savannah zones. Their cash crops are cotton and groundnuts while food crops include maize, yam, cassava, guinea corn, millet, and rice.

How Adamawa got their name

Adamawa was named after a warrior, Modibbo Adama Bin Ardo Hassan, that conquered the region in the beginning of the 19th century.

Akwa Ibom is one of Nigeria’s 36 states, The state was created in 1987 by Ibrahim Babangida from the former Cross River State and is currently the highest oil- and gas-producing state in the country. The state’s capital is Uyo, with over 500,000 inhabitants.

Akwa Ibom is one of Nigeria’s 36 states, with a population of over five million people

Akwa Ibom State is a predominantly civil service state with the government being the major engine of growth. The main economic activities of the people are fishing (for riverine and coastal dwellers), farming (mostly for upland dwellers), trading, artisanship, and white-collar services.

How Akwa Ibom got their name

Anambra is a state in the southeastern part of Nigeria. The capital and seat of government is Awka. Onitsha, a historic port city from pre-colonial times is the largest urban area in the state. The state’s theme is “Light of the Nation”, formerly known as the ” Home for all”. Anambra has 181 towns within it.

Anambra is the eighth-most populated state in the Federal Republic of Nigeria and the second-most densely populated state in Nigeria after Lagos State. The stretch of more than 45 km between the towns of Oba and Amorka contains a cluster of numerous thickly populated villages and small towns, giving the area an estimated average density of 1,500–2,000 persons per square kilometre

Anambra is rich in natural gas, crude oil, bauxite, and ceramic. It has an almost 100 percent arable soil. Anambra state has many other resources in terms of agro-based activities such as fisheries and farming, as well as land cultivated for pasturing and animal husbandry.

How Anambra got their name

The state got its name from the corrupted version of Oma Mbala (Ànyịm Ọma Mbala), a popular river in the area. 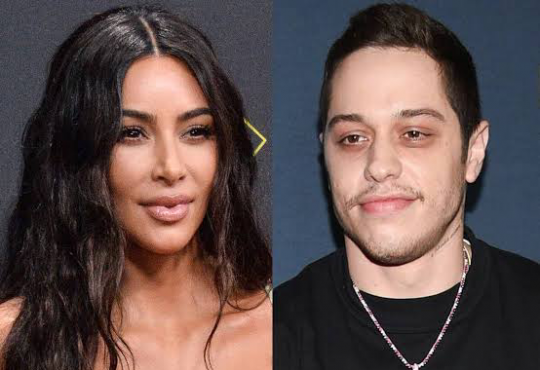