Strong indications have emerged that the apparent confusion that has enveloped the All Progressives Congress, APC, in Benue State, is the manifestation of the effects of a mega deal between the state governor, Samuel Ortom, and leader of the party in the state, Senator George Akume.

Investigations reveal that although the two politicians currently belong to different political parties they share one strong desire – to corner Benue State for their personal whims and caprices.

They know that cornering the state implies not just political power but also enormous wealth for themselves, their allies and family members in the present and future generations.

Politicians state unequivocally that in politics there is no permanent friend or enemy but that what remains permanent is interest.

As such there can be high pitch bickering in the daytime and top notch dialogue and negotiation at night.

That is precisely what is happening in Benue State between the Minister of Special Duties and Intergovernmental Affairs, Senator George Akume and Governor Ortom.

Senator Akume, a man with deep political foresight foresees a political future where he will no longer be active on the stage and wonders what will become of his larger than life picture as well as the empire he has built around himself over the years.

How will he sustain his godfather status and continue to ingratiate himself to those his followers who see him as a demigod? How will there be continuous cash to service loyalty and tend to favour seekers?

These are the thoughts that have fuelled the determination to foist someone thought to be politically naive and with no public service experience so that manipulation could be easy for continuous supplies and dependence for solutions to complicated governance challenges.

This also explains the final push to field members of the family into elective positions, a wife in one, a concubine in another, as an indication of someone who believes that he has but one chance left.

For Governor Ortom, the stakes are also as high if not higher.

Someone once quoted an occupant of one of the Government Houses as stating that even if you just take a walk from the entry through the exit gates and your successor wishes to find fault with you he will find something to hold unto.

There is the need for him to protect his reputation as well as his massive investments in the state.

He too has to service loyalty of friends and political associates if he wishes to last long on the political scene.

The travails of his predecessor who not only lost his Senate bid but also the attempt to install a successor must still be fresh in his mind.

The Justice Elizabeth Kpojime Commission of Inquiry and the N107 billion saga is not an experience any State Chief Executive would wish to go through especially with the incessant detentions that accompanied the development.

The foregoing has compelled Senator Akume and Governor Ortom to engage in a do or die contest for the soul of Benue State.

Investigations reveal that the two gladiators have held top level secret meetings in Abuja and other places to discuss the fortunes of the state.

Of course none of them would state his true reasons for wishing to have a stranglehold over the state.

The conclusions reached at the meetings is that Governor Ortom offered Senator Akume N5 billion to ensure that he compromised all the APC 2023 primary elections in the state to pave way for easy People’s Democratic Party, PDP, victory.

The money is to be paid in at least three instalments with the first payment already effected.

Subsequently, other instalments will be made to cushion developments including court expenses and other challenges that might arise.

Close watchers state that Senator Akume is alleged to have accepted the part payment and has commenced the implementation his own part of the agreement.

The next phase will shift to the courts where it would be proved that the APC did not conduct any primary elections paving way for the PDP under Ortom to take over.

Senator Akume is said to have reached the decision after considering the fact that a bird in hand is better than two in the bush.

He is also said to have calculated that after a person has been helped to become Governor he could grow horns and repudiate all agreements reached before he attained the office.

The person could become stubborn, like Rev. Fr. Moses Adasu, who fell out with all the political leaders of his time, his party, the Social Democratic Party, SDP, as well as the State House of Assembly which was dominated by his party.

In his calculation the money collected would serve as his pension and gratuity from politics.

Analysts believe that the deal falls in line with the mechantilist political philosophy of Senator Akume who sees the people as a commodity that can be traded for personal profit.

Part of this character of the leader played out at the last APC National Convention when he collected large suns of money for delegates whose names he wrote at will and gave them whatever he wanted.

No one could complain as they had already subjugated themselves to his leadership.

Benue indigenes in general matter to the leader no different from the delegates.

This is the reality hanging on the people of the state as the Sword of Damocles. Whatever happens to indigenes is of less concern to any of the two. Their underlying interest defines their approach to leadership and governance. 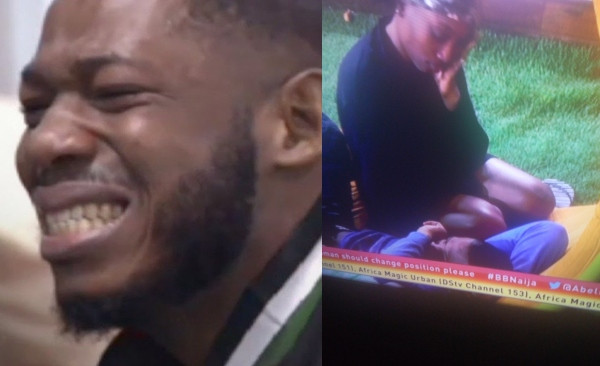