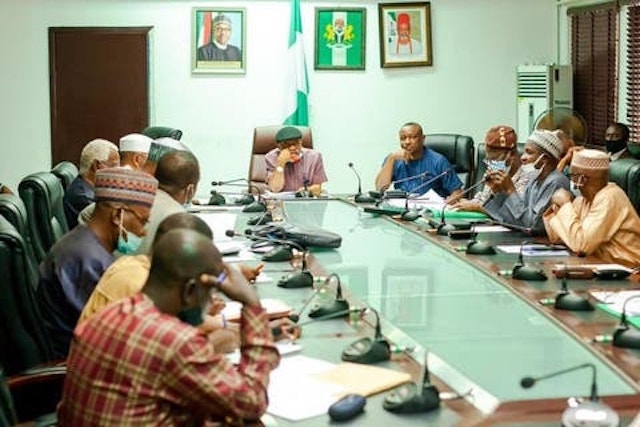 The federal government has reacted to the strike action embarked upon by the Academic Staff Union of Universities.

The Minister of Labour and Employment, Chris Ngige reacting on behalf of the federal government on Wednesday stated that the ongoing strike by the Academic Staff Union of Universities was a “leave” following the failure of the union to notify his ministry before embarking on strike.

Ngige also noted that the union failed in its agreement with the National Inter-religious Council headed by the Sultan of Sokoto, Alhaji Abubakar Sa’ad, and the President of the Christian Association of Nigeria, Rev Samson Ayokunle, by failing to report to the committee before embarking on strike.

The minister made this known in a telephone interview with our correspondent in Abuja.

Recall that ASUU had on February 14, 2022 announced the commencement of a one month rolling and comprehensive strike after its National Executive Council meeting held at the University of Lagos, Akoka.

Ngige, however, said, “I am sure you know NIREC which is headed by the sultan and the CAN president. I am sure you also remember that the President mandated his Chief of Staff, the ministry of labour and the ministry of education to find a way to make sure that we resolve the issues with ASUU.

“Now, NIREC met with ASUU twice and they discussed some of these issues. The leadership of ASUU said they would go back and meet with their NEC. We were waiting for them to come back and then we heard they were going on strike.

“ASUU failed to get back to us and proceeded on strike without sending notifications. They just gave themselves a leave. If you want to go on strike, you should at least inform us officially by giving us notification but they refused to.

“You can not just go on strike like that, it is illegal. So, they are just on leave. We will work with them and they will call off the strike.”