HomeFeaturedIsrael Adesanya vs Jared Fight: How to Watch and Stream Live
FeaturedSports 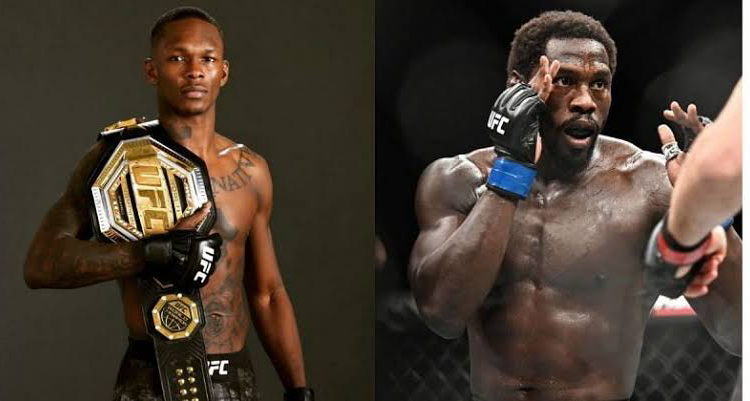 Naijmobile.com will show you how to watch Israel Adesanya vs Jared fight as fans get ready to witness the action. Are you ready? The fight is just few days away.

UFC 276 is set to take place on Saturday July 2nd 2022, and Israel Adesanya will be defending his Middleweight Title in the main event against Jared Cannonier.

Adesanya is presently on a two-fight winning streak, with victories over Marvin Vettori (UFC 263) and Robert Whittaker (UFC 271), with his last loss coming at UFC 259 to former Light Heavyweight Champion Jan Blachowicz.

Cannonier also has a two-fight winning streak under his belt, having defeated Kelvin Gastelum (UFC Fight Night August 2021) and Derek Brunson (UFC 271). Due to the fact that both boxers have already fought in February, this should be an exciting fight for UFC fans.

How To Watch Israel Adesanya vs Jared Fight In Nigeria and Other African Countries.

Naturally, Nigerians will be rooting for their own Israel Adesanya to triumph. If you don’t want to miss the battle, watch supersport action on DStv Channel 210.

If you don’t have access to electricity, you can see the fight live on your smartphone, tablet, or laptop by using the DStv Now App.

How To Watch Israel Adesanya vs Jared Fight In United Kingdom

Fight fans in the United Kingdom who want to see all of the action on the night must subscribe to two different platforms in order to witness everything from the Early Prelims, Prelims, and Main Card.

The UFC 276 Early Prelims will be available to view on UFC Fight Pass. Fight Pass is an OTT streaming network with a large back history of UFC and combat sports events available for fans to watch on-demand, as well as Prelims for all PPV events.

The Main Card for the event will be available for fans in the United Kingdom to watch on BT Sport, which is available for a monthly subscription fee of £25.

The Early Prelims and Prelims will also be available to UFC Fight Pass subscribers in the United States.

Combat sports fans in the United States will be able to watch the whole Main Card of UFC 276 on ESPN+ via PPB.

For context, here is the current fight card for the event according to the UFC website  as of 1st of June 2022: