The quest for quick and easy money has landed a 24 year old salesman in court for stealing and staking N3.5 million in MMM, a ponzi scheme.

The salesman, John Okonkwo, who allegedly stole his employer’s N3.5 million and invested in the Mavrodi Mondial Movement (MMM) scheme, appeared before an Ojo Magistrates’ Court on Thursday.

MMM is a notorious ponzi scheme which promised many Nigerians 30 per cent return on investment but leftf them disappointed and defrauded of their monies.

The accused, is facing a charge of stealing.

Okonkwo, however, pleaded not guilty to the charge.

The prosecutor, Insp. Uche Simon, said that the accused committed the offence at Shop 26, Zone E, Block 2A Aspamda Market, Trade Fair Complex, Lagos between the months of March and October.

He alleged that the accused put the N3.5 million sales proceeds belonging to his employer, Mrs Jane Ekweanua, into Ponzi scheme.

“Okonkwo put sales proceeds into MMM without the consent of his employer.

” It was during auditing that it was discovered that N3.5 million was missing,” he said.

Simon said the offence contravened Section 287 of the Criminal Law of Lagos State, 2015.

The News Agency of Nigeria reports that Section 287 prescribes three-year imprisonment for stealing.

Magistrate A. S Okubule granted the accused N500,000 bail with two sureties in like sum.

She said that the sureties must reside within the court’s jurisdiction and must be gainfully employed.

Meanwhile, the notorious ponzi scheme which became well known in 2016, officially announced a restart last week following several attempts to stay afloat arising from its inability to pay those who staked their money. 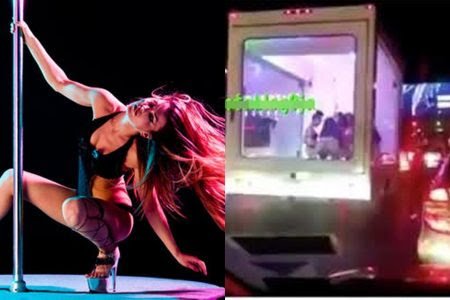