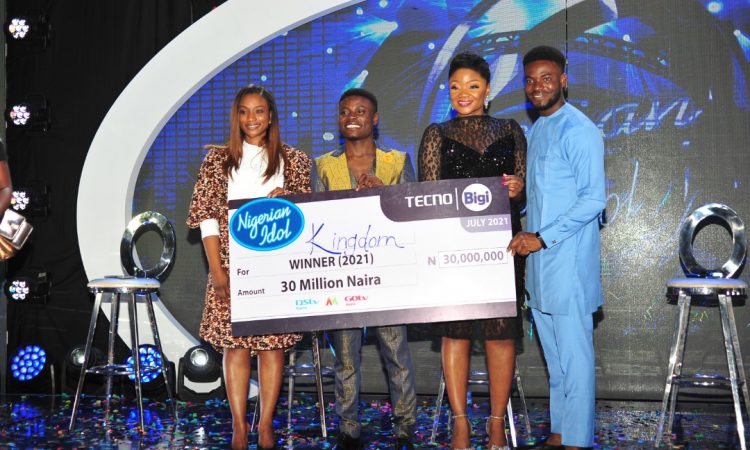 Kingdom was announced the winner after defeating Francis Atela at the grande finale aired live on Sunday, July 11. 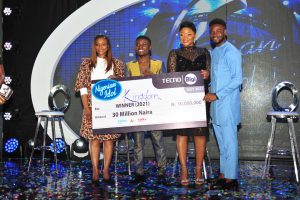 Highlights of the night include performances by the judges and a beautiful rendition of One Hit by one of the guest judges on the show, Cohbams alongside Kingdom.

Francis thrilled the audience with the performance of Roju alongside popular singer, songwriter Chike.

Ice Prince, Ayra Star, and Patoranking also performed their hit tracks. Patoranking sang Celebrate Me, using it to pay tribute to Sound Sultan whose news of passing sent shivers down the spine of many today.

The live event ended with an emotional performance of Timi Dakolo’s Iyawo Mi by Kingdom.

The grand prize for the competition includes a cash prize of N30 million, a brand new SUV, 6 track EP recording deal, 3 music videos included, an all-expense-paid trip to Seychelles, and a weekend getaway to Dubai for 2. 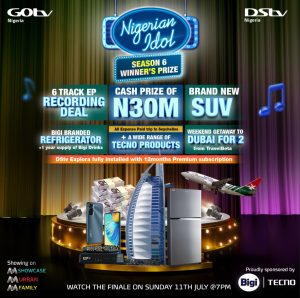 Other gifts for the winner include a wide range of Tecno products, Bigi branded refrigerator plus 1 year of Bigi drinks, and a DSTV Explora fully installed with a premium subscription for 12 months. 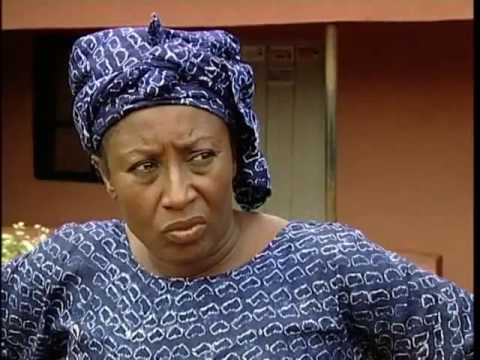