HomeNewsLG v40 Specifications, Release Date and all you need to know
NewsTech

The yet to be released LG V40 ThinQ stands out among previuosLG smartphones with an expanse of features in anticipation and there are some tidbits and features about this smart device we would love to bring your notice.

Sources within the LG corporation as established that the V40 Thin Q will be launched on the 3rd of October next month in New York. This event came to our notice, via the invitation sent out via, The Verge, however, we expect to see other launching events across Korea and London after this event.

The theme for this event is ” Take 5 – Come and see What’s Next” and we really are waiting to see what LG has created for us, this time.

It is expected that the LD V40 will be quite pricey, this we know was witnessed with the v30 series or more specifically the V35 which was placed at a price tag of $900/900 Euros. Therefore we anticipate a price tag of $1,000/1,000 Euros. This is all still a speculation was first aired by tech advisor.

First and foremost, the LG V40 is expected to be made available in three distinct colors, Moroccan Blue, Platinum gray and Carmine Red Colour.

However, the v40 is rumored to have a glass back which as LG has released is sandblasted to emanate a soft and silking fill unlike the finish is seen on many other smartphones. According to LG, this device will not pick up dirt or fingerprints to a greater extent and would glitter to give relevance to its handsome build.

As confirmed by LG, this device will have 5 cameras which include the following:

The rear end will have

The front would be embedded with an 8- and 5Mp cameras which has been rumored to have 3D facial recognition similar to the iPhone X.

The LGV40 is anticipated to have a Qualcomm’s Snapdragon 845 processor and will come with 6GB RAM like its predecessor, the V35+. However, we are not quite sure if the internal storage would be 64GB or 128GB.

The Snapdragon we have seen so far is a powerful processor embedded in high performing smart devices such as Galaxy S9, LG’s Thin V35+, Sony Xperia and many more.

it is also expected that the LG V40 ThinQ would have an IP68 water and dust resistance build into it like the V35 Thin Q. We also expect to see wireless charging performance in this model like was seen in the V35 Thin Q.

LG has so far confirmed that the LG V40 ThinQ would be a 6.4-inch display device with even thinner bezel other previous devices. It is also rumored to have a 90percent screen to body ratio.

With slimmer bezels, it is expected that the V40 Thin Q would have a dedicated Google Assistant button beside the volume button. As well as a Quad DAC and Boombox stereo speaker like was witnessed in the LG G7 ThinQ.

And there you have it, all we have gathered so far about the LG V40, keep your eyes on your favorite blog as we will keep you updated. 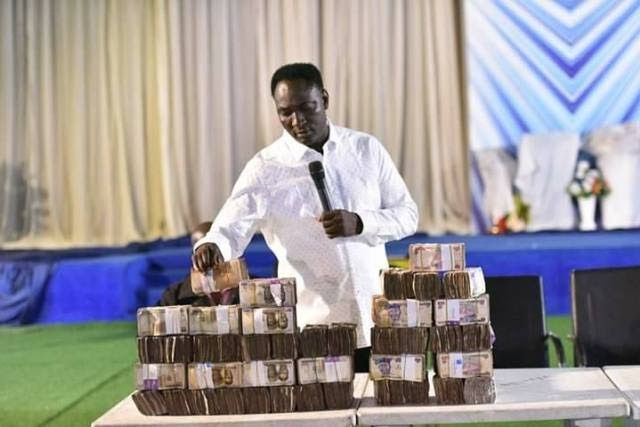