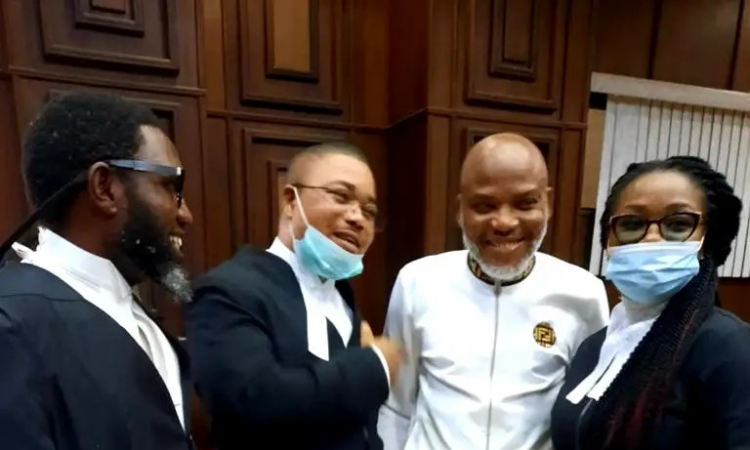 Nnamdi Kanu, the detained leader of the Indigenous People of Biafra, IPOB, has arrived at the Federal High Court in Abuja for his re-arraignment.

Kanu, dressed in a white Fendi designer gown, was escorted into the courtroom at 10 a.m. by security personnel. He is expected to take his fresh plea before trial Justice Binta Nyako.

He is facing a seven-count amended charge bordering on incitement, treasonable felony and terrorism.

Meanwhile, a British envoy in Nigeria has arrived the court to witness the trial.

It will be recalled that Kanu who is equally a British citizen, was in June, arrested in Kenya and returned back to Nigeria for continuation of his trial.

Though his lead counsel, Ifeanyi Ejiofor has been granted access into the courtroom, other lawyers, journalists and representatives of apex Igbo socio-cultural group, Ohaneze Ndigbo, were barred from entering the court premises. 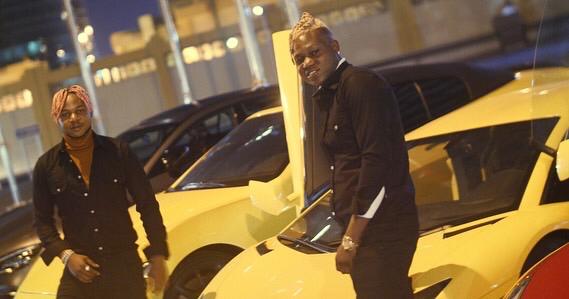