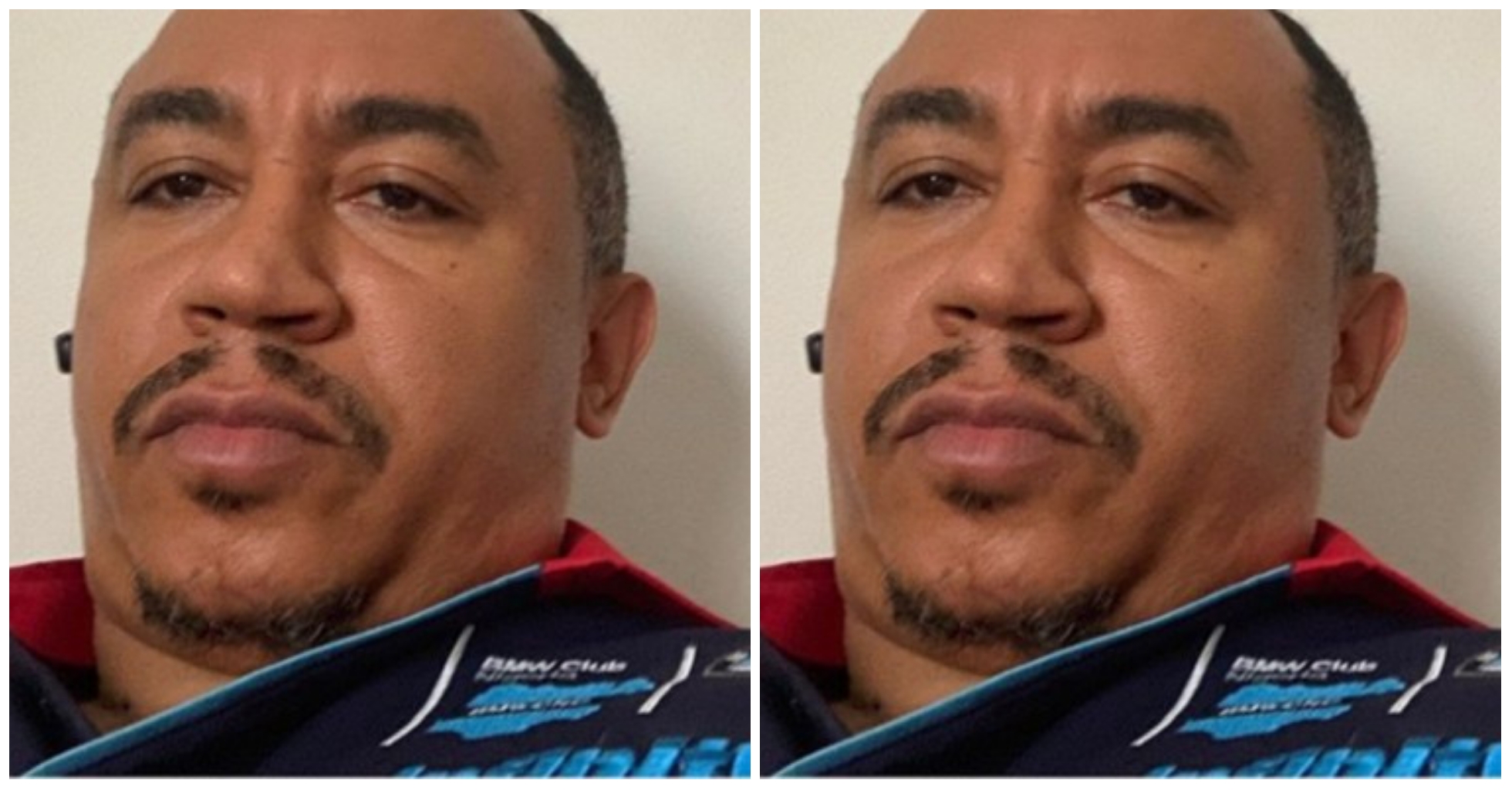 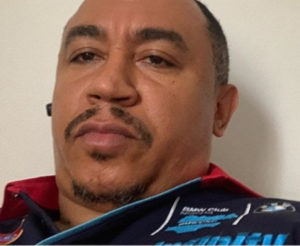 Controversial OAP, Daddy Freeze has condemned the payment of bride price and has said no daughter of his “will be bought or sold like a commodity”.

The media personality who has one biological daughter and other adopted daughters from his partner, said bride price is biblical but not “Christian”. He went on to add that he hopes for a world where the payment of bride price will be abolished.

No daughter of mine would be bought or sold like a commodity.
–
Bride price is biblical, yes, but NOT christian! It’s not everything that is biblical that is christian.
–
No where was any christian mandated to pay bride price and since we are all one in Christ (Galatians 3:28
There is no longer Jew or Gentile, slave or free, male and female. For you are all one in Christ), neither male nor female. So unless groom price is introduced as well, let’s do away with a tradition that that in many places indicates that a woman has been bought and if she wants to leave the marriage she must leave the children of the marriage behind, absolute, ridiculous buffoonery and utter nonsense!
–
A clear biblical example of where murder was a ‘bride price’ as David killed 200 men and cut their penises just to marry Saul’s daughter. 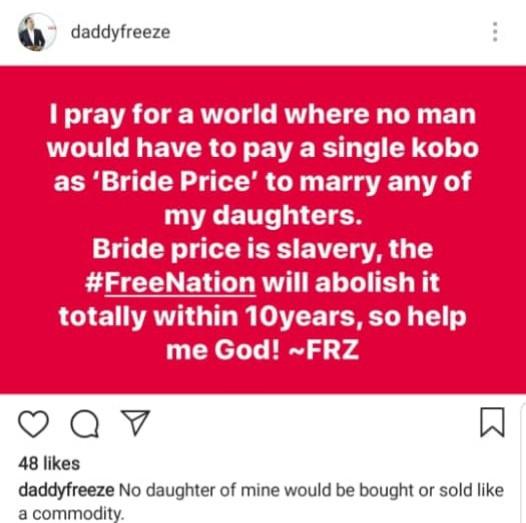 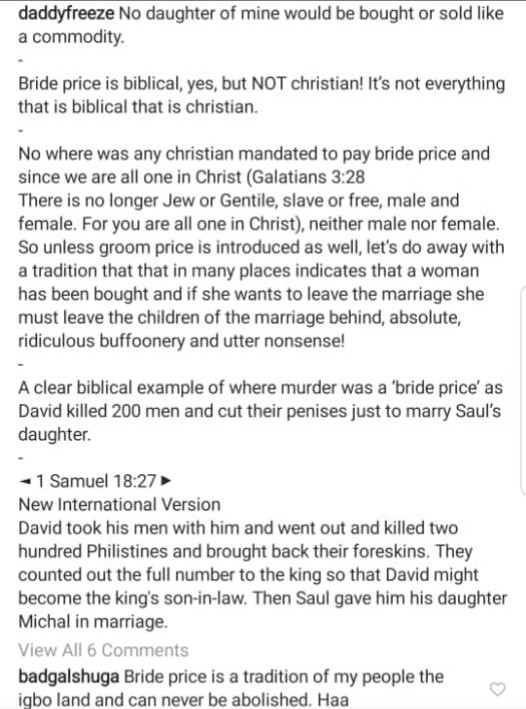