We have witnessed the arrival of Camon 11 Pro, a sleek device encoded with Ar emoji and the best camera on the Camon flagship. The  Infinix Hot 6X is another lovely budge smartphone with AI camera. In this article, we will compare these lovely smartphones checking their features and specifications.

The Tecno Camon 11 Pro is a sleek design with polycarbonate material ( alongside the Diamon Fire insulation) while the Infinix Hot 6X has a plastic cover.  Both devices have thinner bezels and an impressive notch at the top of the screen.

The Tecno Camon 11 Pro and the Infinix Hot 6X both have 6.2 inches IPS LCD capacitive touchscreen and the same screen resolution. Their designs are quite similar at the rear ends housing the fingerprint at the top middle while their Cameras and LED flash are designated at the top right corner in a vertical orientation.

With the design, the only key difference we found was the kind of material. When it comes to the kind of software and hardware. Both devices run on the Android 8.1 O.S, however, the Camon 11 Pro features the newly released Tecno HiOS 4.1 skin.

Whereas the Infix Hot 6X runs on the Qualcomm Snapdragon SoC, the Tecno Camon 11 Pro runs on the MT6762 2GHz Octa-core Processor. However, in terms of performance, there is not so much difference with the Camon 11 Pro having a bit higher performance.

In addition, the Camon 11 Pro gives you a lot higher in terms of RAM capacity of about 6GB and 64GB Internal memory whereas the Infinix Hot 6X is a 3GB RAM and a 32GB internal memory.

The Camon 11 Pro wins this round with extra quality pictures on its front and back cameras which is supported by AI.

Both devices work with dual Nano Sims and connectivity options such as Bluetooth v4.2, Wi-Fi and USB ports. They also feature a 3.5mm audio jack.

On the grounds of Battery, the Infinix Hot6 X has a better battery performance with 4,000mAh while the Camon 11 Pro has a slightly lesser battery power of 3750mAh.

The Camon 11 Pro should cost around 75,000 Naira while you can purchase the Infinix Hot 6X  Pro at an average price of 37,000. You can purchase any of these devices at phone dealerships in major cities across. Clearly, the Camon 11 pro remains the winner, although the infix Hot 6X has more in battery power. 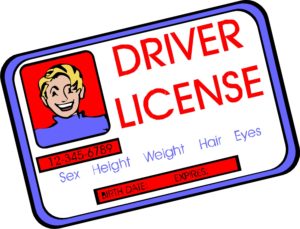 15th Headies Details – Next Rated Winner Gets To A Bentley, New Categories Added, Check Out Everything You Need To Know