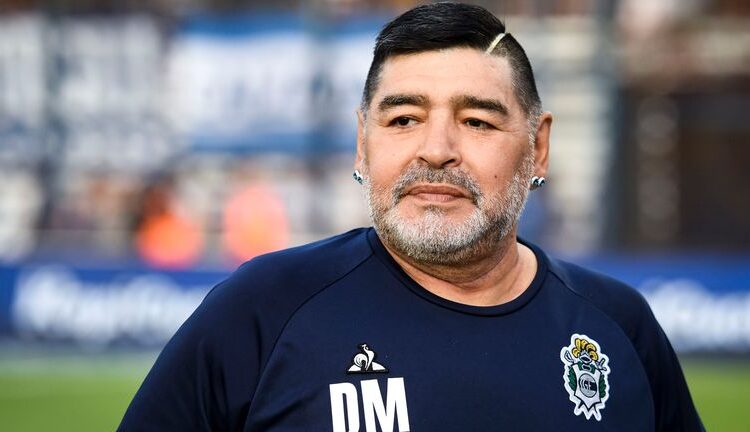 Argentine football legend Diego Maradona has passed away at the age of 60 after suffering a heart attack. The Gimnasia coach had been hospitalised at the start of November, days after celebrating the landmark birthday, after complaining of low spirits and fatigue.

Maradona was subsequently released from hospital as an outpatient to continue his convalescence, which he carried out in his dwelling in a private neighbourhood near Tigre, northern Buenos Aires.

But on Wednesday morning he suffered cardiac arrest, and paramedics at the scene failed to revive him. Diego Maradona, widely regarded as one of the greatest footballers of all time, has died at the age of 60.

The Argentine FA confirmed the news in a statement on Twitter which read: “The Argentine Football Association, through its President Claudio Tapia, expresses its deepest sorrow for the death of our legend, Diego Armando Maradona.

“You will always be in our hearts.”

Maradona was the inspiration and captain for Argentina’s World Cup success in Mexico in 1986, winning the Golden Ball as the tournament’s best player.

He scored twice against England in a memorable 2-1 quarter-final win, his first goal being dubbed ‘the hand of God’ and the second winning the ‘Goal of the Century’ award on the FIFA website in 2002.

NaijmobileApril 5, 2021
DonJazzy’s ex-wife, Michelle has sent a message to DonJazzy after the news of their failed marriage went viral. This comes...

TECNO Spark Go Plus  Complete Specifications and Price in Nigeria