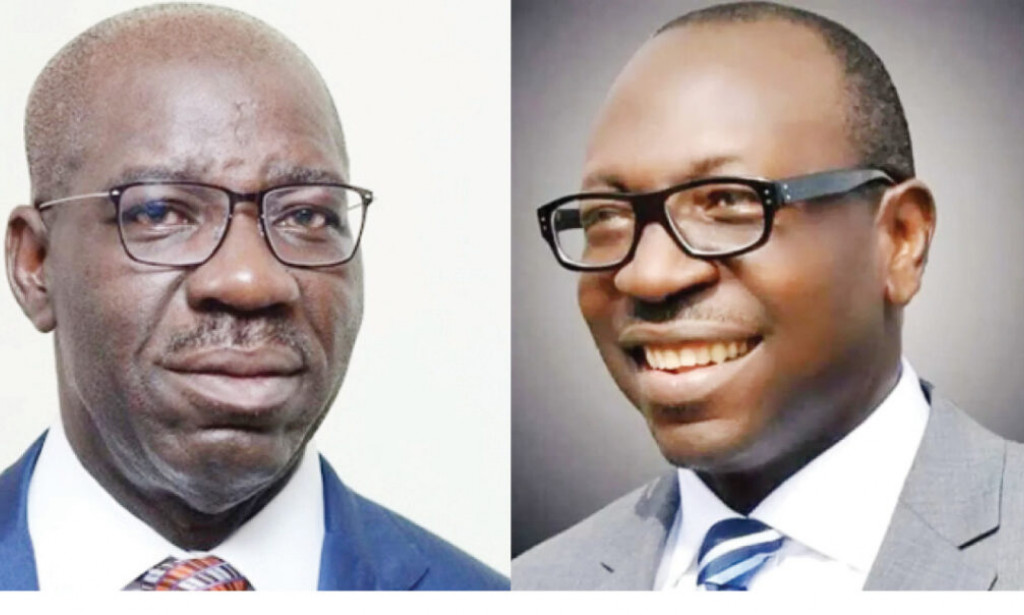 Edo 2020 poll – The National Peace Committee (NPC) headed by former Head of State, General Abdulsalmi Abubakar (rtd), its convener Bishgop Hassan Kukah Tuesday made the contesting political parties to sign a peace accord where they were charged to ensure they work for peace and also accept the outcome of the results with special emphasis on the two major contenders which are the Peoples Democratic Party (PDP) and its candidate, Governor Godwin Obaseki and his All Progressives Congress (APC) counterpart, Pastor Osagie Ize-Iyamu.

Abdulsalami said that the peace pact means that the actors have embraced peace, adding that with the assurances from the Independent National Electoral Commission (INEC) of maintaining neutrality and the Inspector General of police Muhammed Adamu assuring of adequate security, Edo people should come out and vote on the Election Day even as he lauded the Oba of Benin, Oba Ewuare II for his efforts at bringing the warring parties together when the tension was at its peak. 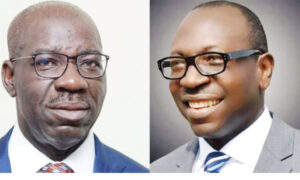 He said “The gubernatorial election in Edo state is just a few days away and giving peace during and after the election is a priority and it must be done. We as a people should aspire to see Nigeria where people feel safe to come out of their homes to cast their votes without any fear.

“As you are all aware the election cannot hold in the absence of a peaceful atmosphere. All contesting parties need to adopt a code of conduct that will remove confrontation among them because
“By agreeing to sign this covenant of peace all of you are committing yourselves to ensure an enduring peace in Nigeria and Edo State before, during and after the election and agreeing to look beyond short term political gains, sectoral interests or narrow party advantage and accepting nothing but for the development of Edo state

“As we go into the elections, we have been given all assurances by the INEC chairman and he has repeated it here this morning, he told us that they are ready with all the necessary materials and they will conduct a free and fair election haven got this, the rest is left for you the voters to what is right by desisting from selling your votes thereby selling your rights, freedom and conscience.

“Similarly the Inspector General of Police who was here yesterday and who is ably represented by the DIG has assured that the police are here to ensure that there is peace and tranquillity and citizens who want to vote will do so freely.

“I urge all of us to use the process of election in Edo as a test of future elections as reiterated by President Muhammadu Buhari let every Nigerian be respected and be given an opportunity cast his or her vote without intimidation or coercion and once that vote is casted let us applaud that vote. I ask all the stakeholders and key people here present to commit to the spirit of this accord while also remembering that the violators of this accord are putting their integrity on line because you are signing this as ladies and gentlemen who are to be taken for your words we therefore call on everyone to work to ensuring a peaceful election process to ensure that peace reign in Edo state during and after the election”

On his part, chairman of INEC, Professor Mahmud Yakubu reassured of the readiness of the commission to conduct a credible election the NOC has demonstrated that so much can be achieved in nation building by the force of moral rather than statutory authority. INEC working with civil society organisations and other stakeholders will continue to support the work of the peace committee. We welcome this initiative. Our preparation for deployment of personnel and materials, new innovations in result management, the safety of personnel, security of materials and above all the credibility of the election have all been negatively impacted by violence and malpractices.

“I wish to assure you of INEC’s commitment to credible election, the votes will count, the people of Edo state will determine who will become their next governor, their choice will be upheld”

On his part, the Police IG who was represented by Deputy Inspector General of Police in charge of Research and Planning, Adeleye Oyebade said police would work with sister security agencies to ensure a peaceful exercise.”

In remarks, the Oba of Benin who was represented by the Esogban of Benin, Chief David Edebiri while applauding the initiators said election in Edo has never been this tense.

He said: “I want to tell you that elections in Edo State have never produced such a bloody outcome. The first election I participated in was in Benin in 1952. Since then I have participated in every national, sub-national, local government election that took place in Nigeria.

“We appeal to our sons who are all in the field to know that only one winner will emerge. This election is particularly good because the two main contestants are people from reputable families in Benin. They are from families that have been ruling and have been associated with the good administration of this place. The Omo N’Oba is very happy that the committee is here to help to bring peace to this kingdom of Benin and the rest of Edo.

In his reaction, Governor Obaseki urged the committee to also look out for non-state actors who he said have influence over voters even as he said he as a candidate and chief security officer of the state would abide by the peace pact.

“I want to say on behalf of myself, as a candidate of the party and my party, the PDP, that we are fully committed to ensuring that we have a peaceful election. I have no choice, because in addition to being a candidate, I am also the governor and the Chief Security Officer (CSO) of the state. I want to commit publicly, once again, that I will live by the letter and spirit of the accord that has just been signed.”

His counterpart, Ize-Iyamu towing the same line said “Let me reaffirm our commitment to what has been signed and to assure Nigerians and particularly our people in Edo State, that we will talk to all our supporters and we will conduct ourselves peacefully. We will do our best to ensure that the election is peaceful. We support free, fair and credible elections. We believe that is the only way that we can sustain our democracy.

“We want to assure all our dignitaries that, by the grace of God, the election is going to be very peaceful. We thank you and we are grateful.” 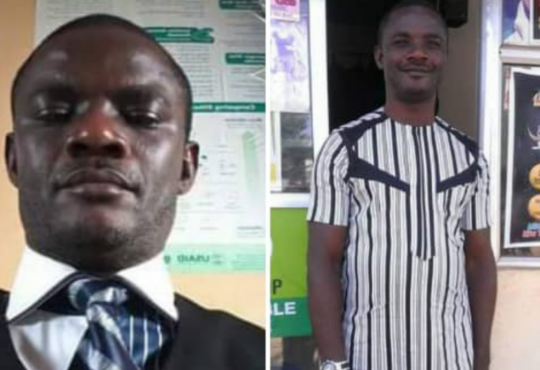