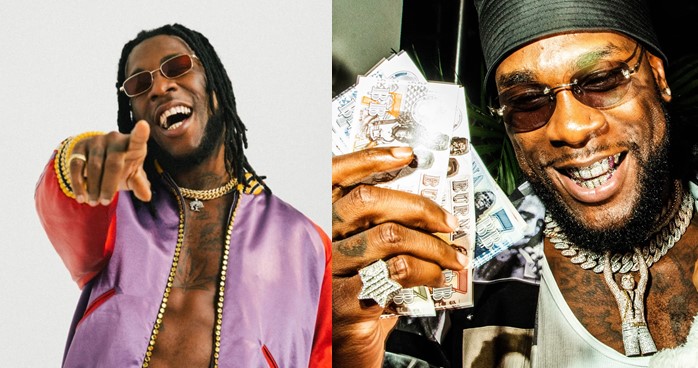 Burna Boy, a Grammy winner and self-proclaimed African Giant, has disclosed that he does not make his money in Nigeria and should not be referred to as a Nigerian artiste. 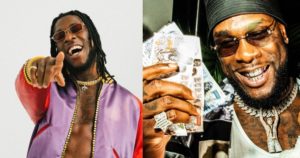 Burna Boy made this declaration in a series of tweets on his official Twitter account. The ‘On The Low’ star also took a shot at what many assumed were Wizkid and Davido fans, labeling them as delusional. He responded to a Twitter user who criticized him as an average African and Nigerian musician attempting to get into the mainstream international music industry through an international record label. 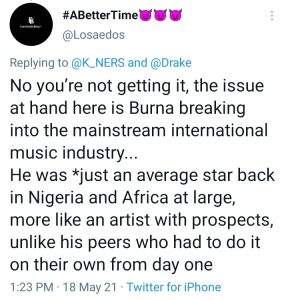 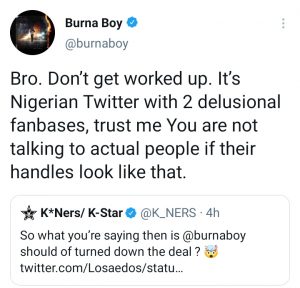 After reacting to the post, the hitmaker stated that while he loves Nigerian culture, he is not a Nigerian musician and earns his money elsewhere.

“I’m from here and I live here because I love my home and my people, E no pass like that. I don’t make money from Nigeria. Na only cruise dey here.” Burna Boy 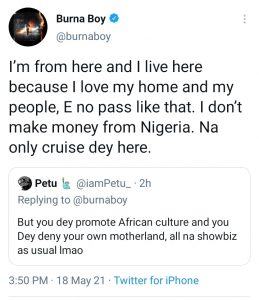 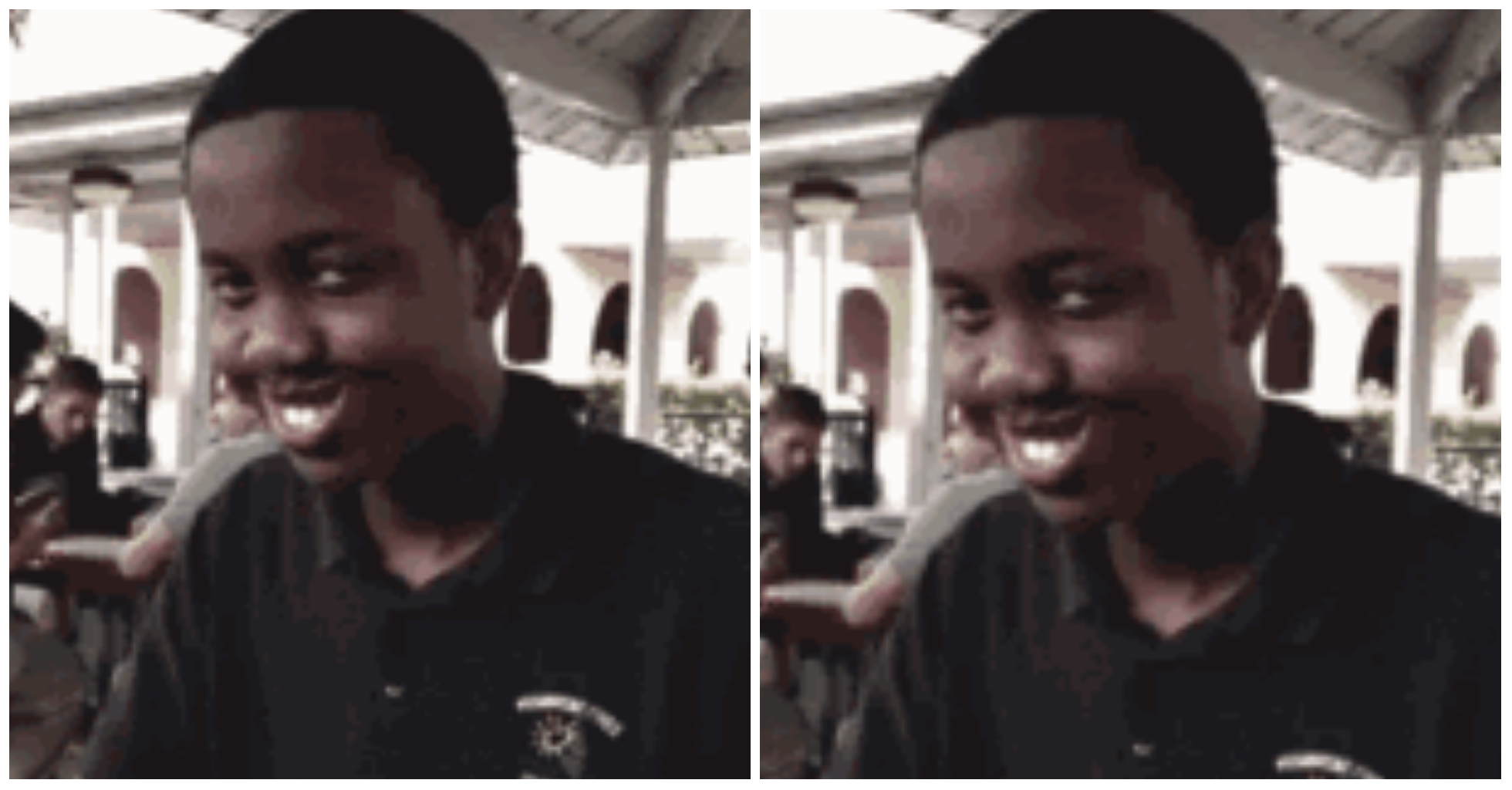