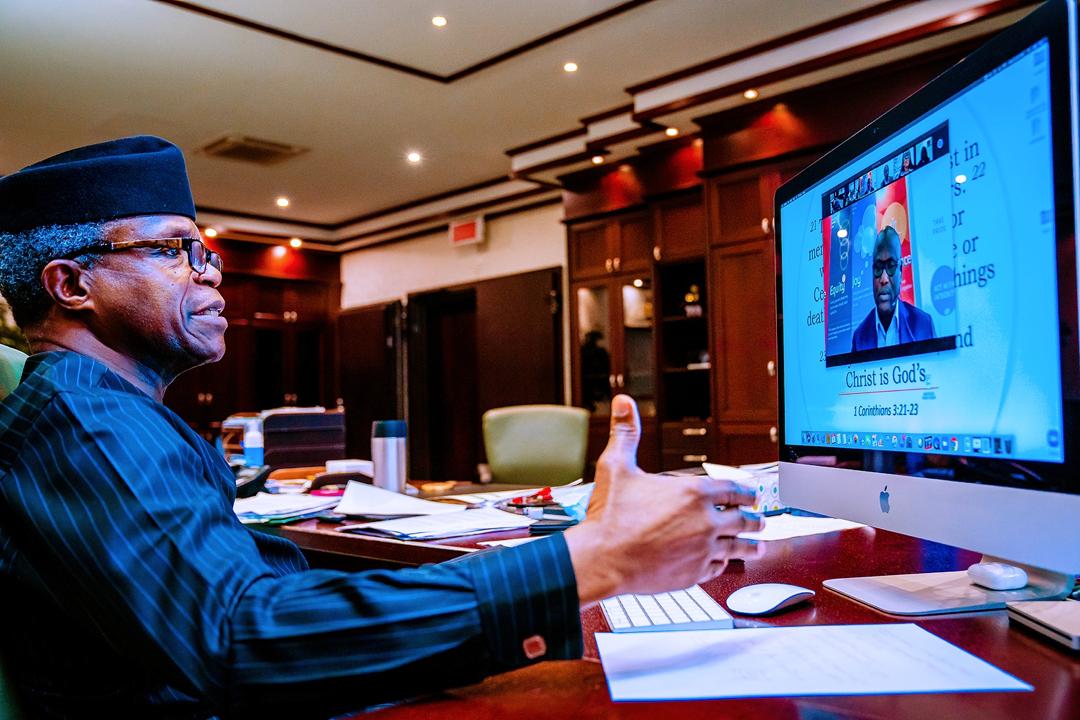 The Vice President Prof. Osinbajo has called on the private sectors to key in to the Federal Government’s Economic Sustainability Plan (ESP). He made the call yesterday 7th August 2020 at the virtual edition of the Presidential Policy Dialogue of the Lagos Chamber of Commerce and Industry (LCCI).

The Vice President also said the ESP which is now being implemented by the Buhari administration is driven by the desire to adapt to the challenges and make required changes in order to come out stronger than before”.

According to him, “I take this opportunity to encourage the private sector to be proactive in leading the charge against recession and poverty in our country. The Federal Government is not under any illusion that it can do this on its own. The opportunities that now exist in the short term in agriculture, infrastructural development, housing construction, in renewable energy, digital technology development, mining, financial inclusion, healthcare and pharmaceutical manufacturing, call for the private sector to take the bull by the horns and make them a reality.

“The priority of the Federal Government in response to the economic challenges caused by COVID-19 is to ward off a deep recession by an admixture of stimulus measures to support local businesses, retain and create jobs and ameliorate the circumstances of the most vulnerable.” 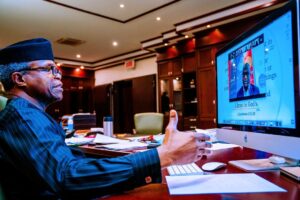 Continuing, the Vice President said though the stimulus package is just about 1.5% of GDP, it is the best the government could do given existing realities in the economy.

He said “government developed the Economic Sustainability Plan with a stimulus package of N2.3trillion to give fillip to the economy across various sectors. The size of this stimulus which is just about 1.5% of national income is not as large as we would have liked it to be but it was the best we could do given existing fiscal and monetary constraints. Based on the assumption of the price of crude averaging out at $30 per barrel throughout the year, we anticipate an economic growth of about -0.59% in 2020.

“You would already be familiar with details of the Economic Sustainability Plan. In essence, it is intended to boost production, prevent business collapse, and provide liquidity. It will also promote the use of labour-intensive methods and direct labour interventions in key areas like agriculture, light manufacturing, housing construction and facility maintenance while increasing infrastructural investment in roads, bridges, solar power, and communications technologies. It is intended to do all this while extending protection to the poor and other vulnerable groups in our society.”
On the Ease of Doing Business reforms of the Federal Government, the Vice President maintained that the commitment of the Federal Government to providing an enabling environment for business to thrive remains strong.

“In this regard, we have made some strides in improving the ease of doing business in Nigeria. Through the Presidential Enabling Business Environment Council (PEBEC), a lot has been achieved to fast-track processes, reduce bottlenecks and improve transparency across Government MDAs.

“As a result, we have moved 35 places upward in the World Bank’s Ease of Doing Business rankings. We have continued to scale up our business reform initiatives across regulatory agencies. “Of course, there is still a lot more to be done. Our aim is to continue to improve our national ranking in the World Bank Doing Business Index Ranking to below 100 in the coming years. It is also very important to reduce the harassment and extortion of businesses by various government agencies,” the Vice President concluded. 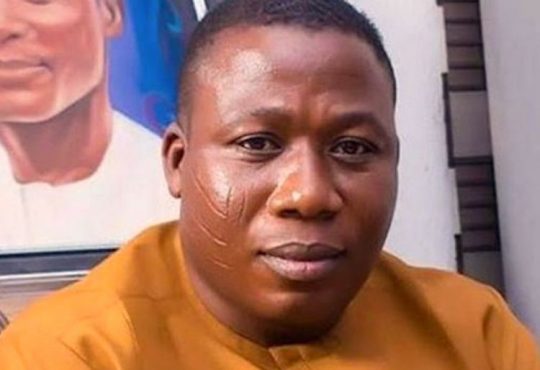