The Publisher of Sahara Reporters, Omoyele Sowore, has challenged the Senior Special Assistant to the President on Media and Publicity, Garba Shehu, to release the audio tape of the late Chief of Staff to the President, Abba Kyari, asking the Department of State Services to detain him till 2023.

Sowore said this in a Facebook post while reacting to Shehu’s threat that he would ask the DSS to release a tape recording of the visit of the late business mogul, Isa Funtua, and other newspaper publishers to him while in custody of the DSS last year.

The activist had in an interview claimed that Shehu along with Funtua, the Publisher of Vanguard newspapers, Sam Amuka; and his Thisday newspaper counterpart, Nduka Obaigbena, visited him during his four-month detention in the DSS last year and asked him to set aside his radical views so that they could help negotiate his release.

In his response, Shehu slammed Sowore for saying they came to ‘negotiate’ with him and threatened to get the DSS to release a tape recording of the visit if Sowore did not stop making such claims. 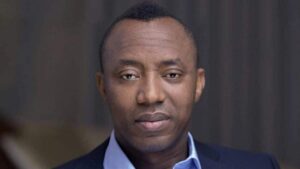 The President’s aide also asked Sowore to let Funtua rest in peace and stop telling lies against him.

Responding, however, the activist dared the President’s aide to release the tape.

Sowore also explained that the trending interview on Funtua was not new but an old one which only began circulating after Funtua’s demise on Monday.

The Sahara Reporters publisher also asked Shehu to release the tape recording of the late Chief of Staff to the President ordering the DSS to keep him in detention till 2023 when the tenure of the President, Major General Muhammadu Buhari (retd.) would have expired.

Sowore wrote, “I urge you to release the tape, but don’t forget to release tapes of conversations between COS Abba Kyari and DSS DG asking that my detention should last for the duration of the Buhari regime in 2023 because Sahara Reporters did a report that revealed that he collected N500m from MTN.

“Why can’t you be honest for once in your life, when you came to meet me in detention what was your intention, what would have constituted the conditions for my release? Who would have ordered my release, Isa Funtua? What powers did Funtua have to get me released?

“My insistence then got Isa Funtua riled and he said that my lawyer was only grandstanding and that he too had been imprisoned by Buhari in 1983 and that no one can defeat the government. Your wicked self kept quiet but Nduka noticing I was upset took me to the DO’s anteroom

“When I arrived downstairs I made a telephone call to my lawyer, Femi Falana, in the presence of the DSS officials telling him that I do not want to negotiate my freedom and that when he meets your team he should restate my position, he did exactly that, your team got upset again.”

Sowore, who is the leader, ‘#RevolutionNow movement, was arrested by the DSS on August 2, 2019 for calling for a revolution. He was denied bail by the government despite court orders but was eventually released on December 24, 2019. He is still facing charges before a Federal High Court. 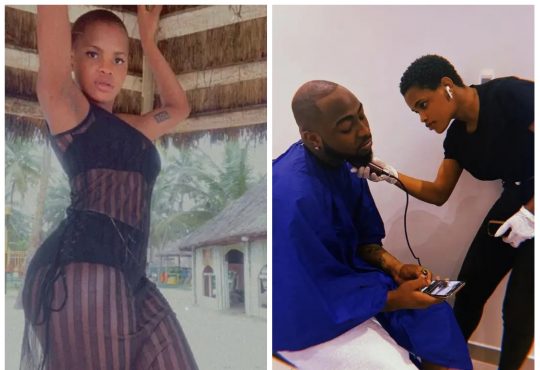