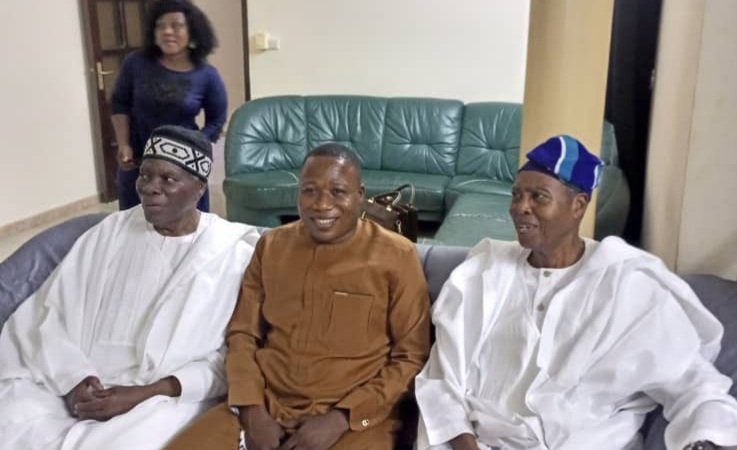 Lawyers in the know of his release conditions made this known to Newsmen on Monday.

They made this known shortly after the umbrella body of Yoruba Self-determination Groups, Ilana Omo Oodua Worldwide, announced Igboho’s release.

“The conditions are not too tough. He won’t hold any rally and can’t leave Cotonou,” one of the lawyers said.

Also, Counsel for the activist, Chief Yomi Aliyyu, SAN, said two of the condition were that Igboho should not leave the medical centre or Cotonou.

He said, “I am to inform all the followers of Chief Sunday Adeyemo a.k.a Igboho Oosa that he has been released from prison to his medical practitioners under the agreement that he should neither leave the medical centre nor Cotonou for any reason.

“Praises should be given to two prominent Yoruba personalities — Prof Wole Soyinka and Prof Akintoye for this turnaround in our client’s matter.”

Aliyyu had on Thursday announced that Igboho had begun fresh negotiation with the Benin Republic government over his health status.

He explained that Igboho negotiated to be moved to another detention facility over his health status.

Igboho, who escaped from a deadly raid on his Ibadan residence by the operatives of the Department of State Service on July 1, 2021, was arrested in Benin Republic on his way to Germany on July 19 together with his wife, Ropo. His wife was released earlier.

During the bloody raid on Igboho’s Sooka residence, the Department of State Services arrested and detained 13 of Igboho’s associates. Two of Igboho’s supporters, identified as Adogan and Alfa, lost their lives during the raid.

Others were three charm jackets/traditional body armour, two laptops, one Toshiba and one Compaq laptop, Igboho’s passport and those of his aides.

However, the aides were later released after a court injunction.

An Oyo State High Court also awarded N20 billion in damages in the activist’s favour. The court also restrained the Department of State Security and Attorney General of the Federation from arresting Igboho.