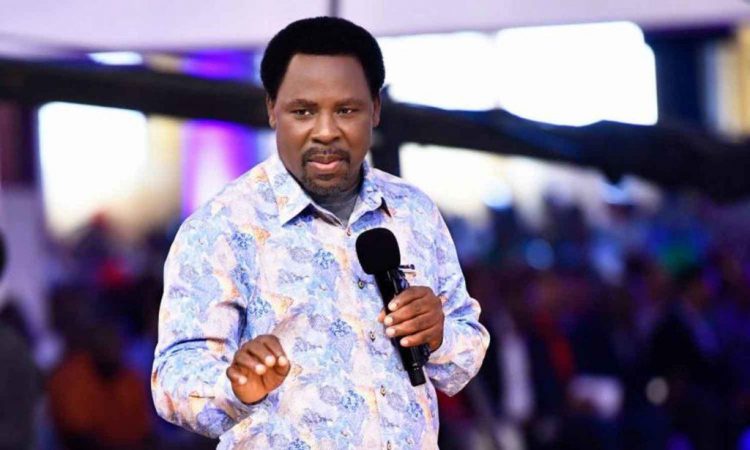 The Synagogue, Church Of All Nations (SCOAN) has confirmed the last words of its founder, Temitope Balogun Joshua, AKA T.B Joshua.

The Church also insinuated that God revealed the Prophet’s death to him.

It quoted the book of Amos 3:7 which says, “Surely the Sovereign LORD does nothing without revealing his plan to his servants the prophets.”

It continued, ”God has taken His servant Prophet TB Joshua home – as it should be by divine will. His last moments on earth were spent in the service of God. This is what he was born for, lived for and died for.

”As Prophet TB Joshua says, “The greatest way to use life is to spend it on something that will outlive it”.

”Prophet TB Joshua leaves a legacy of service and sacrifice to God’s Kingdom that is living for generations yet unborn.”

It further revealed that Prophet TB Joshua’s in his last words urged Christians to watch and pray.

Following the shock death of the 57-year-old six days to his birthday, SCOAN released a statement via their Facebook page.

Joshua had earlier in the day participated in a church programme before his shocking death.

The cause of his death is not yet official, but his remains have been deposited in the morgue.

The statement released by SCOAN began with a citation from Amos 3:7, which reads: “Surely the Sovereign LORD does nothing without revealing his plan to his servants the prophets”.

It then added that: “On Saturday 5th June 2021, Prophet TB Joshua spoke during the Emmanuel TV Partners Meeting: “Time for everything – time to come here for prayer and time to return home after the service.”

“God has taken His servant Prophet TB Joshua home – as it should be by divine will.

During his lifetime, Joshua earned a reputation for always predicting events in Nigeria and abroad.