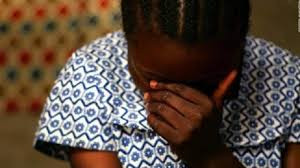 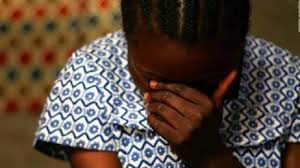 A 28-year-old computer science teacher, Idowu Daniel, who teaches at the Anatasia Comprehensive College in the Abule-Egba area of the state, has been apprehended the Lagos state police for allegedly raping one of his female students inside the school’s biology laboratory.

According to police report, Daniel first made sexual advances at the student on Thursday June 27th when he asked her to come to the laboratory where he told her that she failed the Computer and Mathematics examinations and promised to boost her marks if she made love with him.

The student reported the matter to the school principal and he was arrested by men of the Isokoko division, Agege, Lagos.

Narrating the incident to the police, the student said

“On Thursday June 27, 2019, my computer science teacher sent a pupil to me to bring my note to the biology lab. As he was marking the note, he stopped and started pressing my breasts. I told him I didn’t like it and he asked me to go.

“On Friday, he sent another pupil to me that I should bring my note to the lab. When I got there, he stood up and closed the door. I asked him why he locked the door, but he did not say anything. He went back to his seat and started marking my note. Before I knew what was happening, he grabbed me from the back.

He covered my mouth and raped me. He then asked me to go. On Monday, he asked me to bring my computer science note again to the chemistry lab. He said if I allowed him to have sex with me again, he would increase my marks in both mathematics and computer science exams. He said I did not perform well in his subject. I told him that I was not interested.”

She also told the police that Daniel threatened to deal with her if she ever reported him to the police. However she summoned up courage and informed the principal of all that has been happening to her.

The teacher however denied having sex with her. He claimed he only fondled her breasts. According to the teacher, a male student named Samuel had previously reported her to him with claims that she often exposed her breasts to male students in class.

“While I was at the principal’s office, showing the principal the reshuffled examination timetable, she came for the marking of her note. I said I was busy and she waited for me outside. As I was going to the staff room, she walked up to me and presented her book for marking. I stopped by at the biology laboratory to mark it and I asked her about what Samuel told me. She initially kept mute. When I said I would report her to her parents, she confirmed that what the boy told me was true.

I sent for her the next day and she came. I tried to have sex with her but I couldn’t penetrate. I asked her whether she was a virgin and she said yes. I felt for her being a virgin and I stopped. I was at home when policemen came to ask for me. They took me to the school and accused me of rape. I accepted that I touched her breasts, but I didn’t rape her.” he said

Daniel has since been charged to court by the police. The case has been adjourned till October 21st 2019.