Top Seven Music Video Directors in Nigeria – The video industry especially music videos has taken a direct plunge for success.  Today, many music videos are created with top notch quality equipment and seasoned professionals who deserve an accolade for their expertise.

I bet you will agree with me that we should give honor to these fascinating individuals who have led the music industry to greater heights through the preparation of excellent music videos that keep us glued to the screen for about 5 minutes of each hit track. And there you have it, the top seven music video directors in Nigeria.

Top Seven Music Video Directors in Nigeria – Sesan Ogunro is a Nigerian music video producer and 3D animator based in the UK. In many years, he has been on the screen as a music video producer. He produced many fascinating music videos including D’Banj’s “Endowed” Remix. Also, Tiwa’s Savage’s love me love me and many more.

He charges an average of 3 million nairas for the production of an average 3 minutes music video. He has also been the producer behind the screen for many animations and TV commercials.

Top Seven Music Video Directors in Nigeria – Clarence Peters, whose full name is Clarence Abiodun Peter is a Nigerian music director and film producer. He is the C.E.O of Dream Pictures, a production company with services within the aspects of performing arts, news media arts, film, television, video, and radio.

He also has a recording label, called Capital Hill Records.  This has the likes of Chidinma, The Suspect, and Illbliss under its arms.

He is the child of famous afro juju musician Shina Peters. Who was well known in the 90s. His mother was also a popular figure at that time. She, Clarion Chukwuka was a Nigerian Actress. Peter has many accolades and beautiful works in his wallet. He has directed so many films including the popular TV series of early 2005 called “The Everyday People.” Many music videos created by him, include those done for famous musicians like Wizkid, Durella, Darey, Banky W, L-Tedo and many more.

He is regarded as the pioneer of the digital production concept in Nigeria. It will interest you to know that in the year 2014, Clarence Peters was ranked among top 10 visional Music Video Directors(Second Position). He is indeed one of the best music video directors in Africa. He charges an average of 6 million nairas to shot a music video.

Top Seven Music Video Directors in Nigeria – Adasa Cookey heralded an academic degree in Architecture and had a well-paying career before delving into the music video industry. He is the C.E.O of square ball media. In the beginning, he joined a group of businessmen who toured the South-South before switching independently into video directing.

Some of his prominent works include Burna boy’s like to party, D’Prince’s Goody bag, Adaobi by Mavins Records, DJ  Exclusive’s “Wole” featuring Davido and many more. He directs music videos at the average rate of 1.5 million nairas for his services.

Top Seven Music Video Directors in Nigeria – Moe Musa, the full name is Mohammed Musa is a Nigerian music video director based in the UK. He has directed many top-notch music videos in and out of the shores of this country. He runs a film and video production house. It is called Online Video broadcaster of UK and Afrobeat music culture. He has done many music videos in countries such as France, Amsterdam, America, Cyprus, and South Africa.

The first video that brought him to the limelight was the Antenna music video done in 2009 by Fuse O2DG. Some other videos he has created include Davido’s Skelewu, Wizkid’s “Azonto,” Tiwa Savage “Wanted” including the Tuface Idibia’s “Diaspora Video.” He directs music videos on an average of 2 million nairas.

Top Seven Music Video Directors in Nigeria – Kemi Adetiba is a filmmaker, Nigeria music video director, and television director. She has many different works that have been witnessed on prestigious music video Tv stations such as BET, Soundcity, Netflix, MTV Based and Channel O. It will interest you to know that she began as a radio presenter in Rhythm 93.7 Fm, before transiting to a face in Television and later a music video director.

She directed the music video for “Tease me” by Wizkid,”Lagos party” by Banky W, Olamide’ “Anifo was he” and “Sitting on the throne.”She is also solely as responsible for directing the prestigious Romantic Comedy “The Wedding Party.”’

Read also Forbes Africa’s 30 Under 30 List 2018: A look at some of the most promising youths on the continent

Top Seven Music Video Directors in Nigeria – Annette James popularly known as Aje is a Nigerian music video director. He is the CEO of Aje Filmworks. With well over seven years of experience in music videos, television and film production, Aje has come thus far in the music industry. His first major hit was Rayce’s  “Roll.” After this, he directed Brymo’s “Ara” music video. He has also directed music videos such as Sinzu’s “Carolina,” Durella’s “My Life,” Davido’s “Feel Alright” and many more.

Top Seven Music Video Directors in Nigeria – Unlimited LA whose full name is Olaleke Buhari is a Nigeria music video producer. He holds a degree in Computer Science, his entry into the limelight came with an amazing video of Sean Tizzle “Sho Lee.”He has directed videos for, many artists including Praize, Olamide, Tillaman and many others.

And there you have it, Top Seven Music video directors in Nigeria who deserve awards for their works and lovely video content. Feel free to rep your favorite music video director in the comments section below. 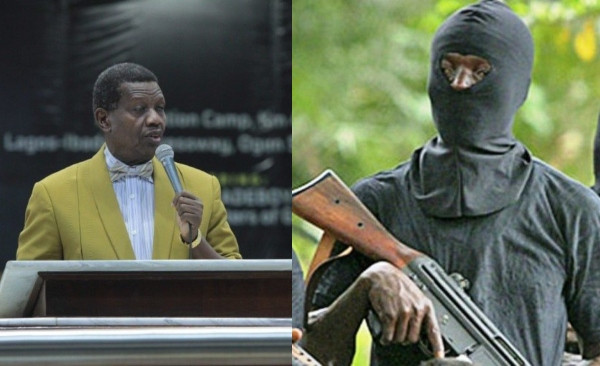