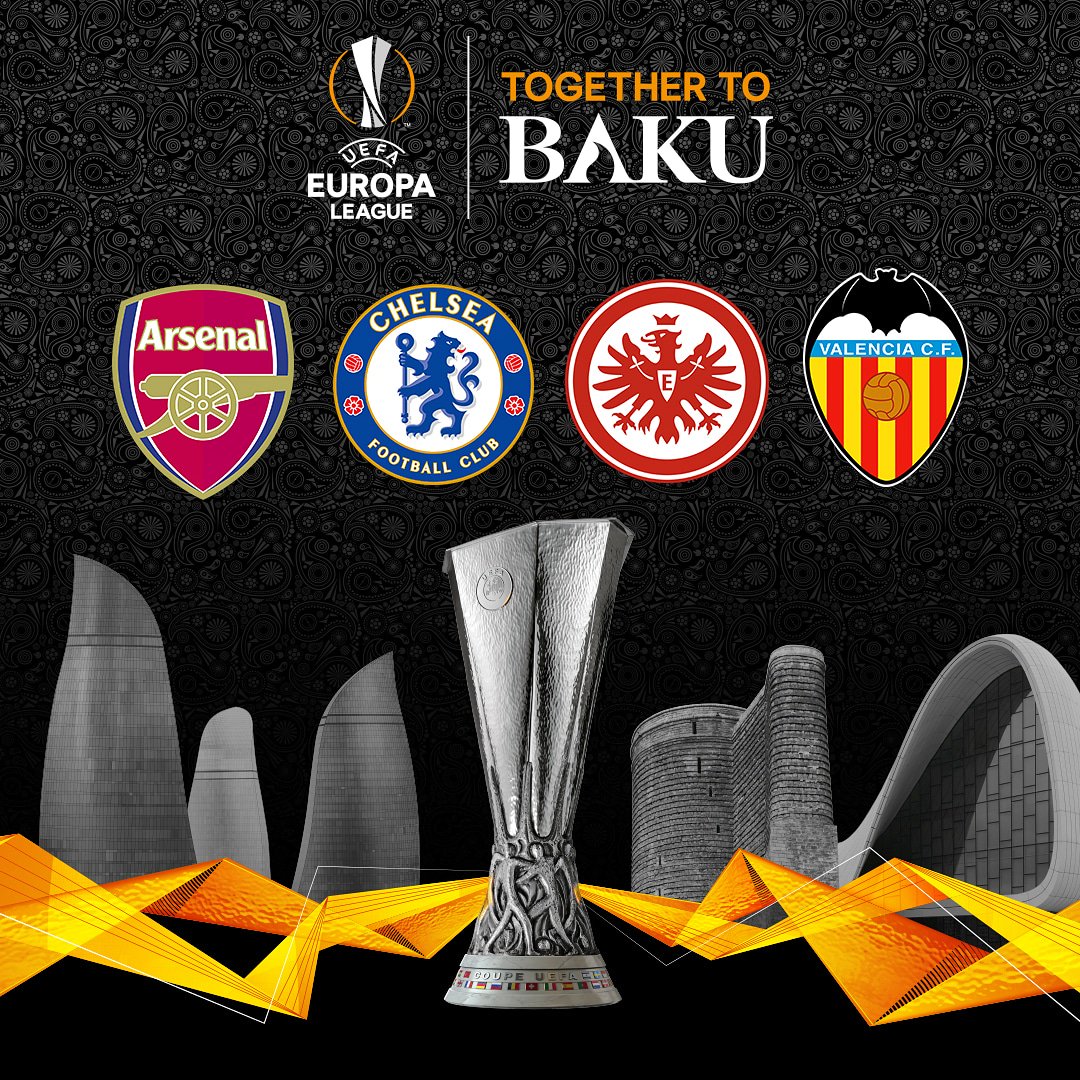 It was a thrilling Thursday night after the first leg of the Europa League competition which saw the likes of Arsenal, Chelsea, Valencia and Benfica did well.

There was a  little change compare to what was witnessed in the first leg as Benfica bows out even with a 4-2 first leg win over Frankfurt at Portugal.

Benfica lost to Eintrecht Frankfurt at the Stadion am Bornheimer Hang in Germany in an encounter that ended 2-0 in favor of the home team with goals from Filip Kostic 36th mins and Sebastan Rode in the 67th minutes which makes the game end in a 4-4 aggregate. This ensures that the home team qualifies on the away goal rule.

The game between Chelsea and Slavia Praha ended 4-3 with the home side taking the lead in the 5th mins into the game with a goal from Pedro followed by an own goal in the 9th mins before Olivier Giroud added the  third goal of the night.

The visitors fought back with three good goals but Chelsea were the better side for the night as they won the game 4-3 which makes them qualify for the semi-final on 5-3 aggregate.

Napoli welcome Arsenal to the Stadio San Paolo in Italy with a game which holds lots of expectations from the Italian side hoping to return a two goals deficits from the first leg at the Emirate Stadium but reverse is the case as the English team appears too strong for their Italian opposition.

The game ended 0-1 in favor of the visitors with a goal from Alexandre Lacazette in the 36th mins which raised the goal tally of Arsenal to three. Arsenal are through to the semi final on 0-3 aggregate beating Napoli in the two legs of the encounter.

The last match of their night was the encounter in Spain between Valencia and Villarreal. The first leg of this fixture ended 1-3 in favor of Valencia.

Valencia welcome Villarreal for the second leg at the Mestalla Stadium in a match that ended 2-0 as Valencia triumph past their fellow Spaniard. Valencia are through to the semi final with a 5-1 aggregate score as they defeat Villarreal in the two leg of the encounter.

Four teams are presently in the semi final of the competition and they are Arsenal, Valencia, Chelsea, and Eintracht Frankfurt. These four teams will be playing their first leg of the semi final stage of the competition on 2nd of May and the second leg will follow on 9th of May 2019 as Arsenal will be welcoming Valencia to the Emirate Stadium and Eintracht Frankfurt will welcome Chelsea to Stadion am Bornheimer Hang in Germany.