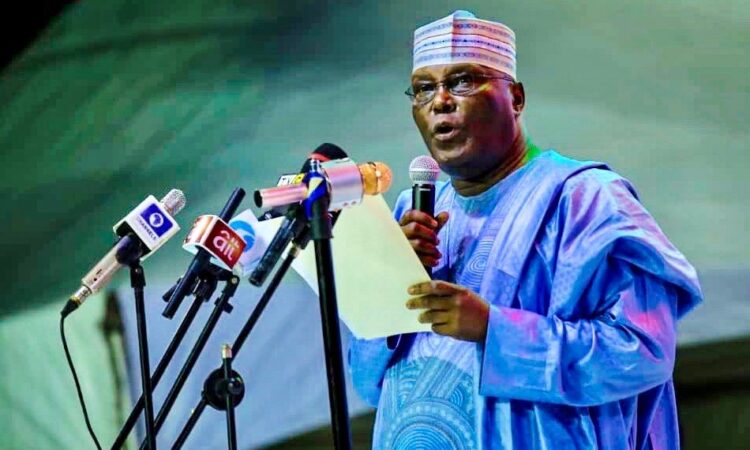 The former Vice President of Nigeria, Atiku Abubakar, has congratulated President Joe Biden on his inauguration as the 46th President of the United States.

In a statement issued on his official Twitter handle, Atiku expressed confidence that the Biden era will reaffirm the US as the beacon of democracy.

He urged the Biden presidency to strengthen US ties with Nigeria and to help in the country’s war on terror.

He said, “As Joe Biden begins his tenure as the 46th President of the United States of America, I am confident that this new era will mark America’s regeneration and her reaffirmation as the beacon of democracy to the world.

“As I congratulate President Biden and VP Kamala Harris, I urge them and their administration to strengthen US-Nigeria ties and help our beloved nation’s war on terror by providing every type of support required to win our war against the insurgency we face.

“I also look forward to the removal of every travel restriction on Nigerian citizens, in keeping with the good relations that have existed between our two nations beginning with the July 27, 1961 state visit of our first Prime Minister, Alhaji Tafawa Balewa, to President John F. Kennedy, and continuing over the decades since then.